Staff Writer | June 27, 2018
U.S. National Weather Service on Tuesday issued flood warning for many parts of Midwest, as heavy rain continued to fall in the region. 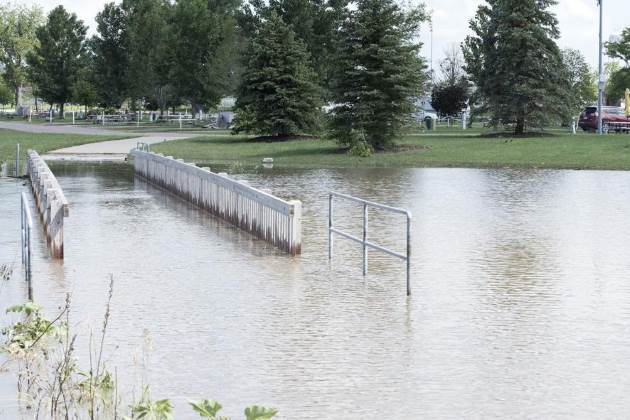 Similar flood warning was also issued for Fox River in Illinois as additional heavy rainfall is possible this afternoon into this evening.

Thunderstorms with damaging winds and possible hail are expected to move through Chicago, the biggest city of Illinois, towards the end of the Tuesday evening commute, according to the National Weather Service.

Severe thunderstorm is also expected to affect many parts of central and eastern Kansas.

Amid torrential rain across southeastern Illinois and parts of southern Indiana, flash flooding is expected to begin shortly, warned the service.

Heavy rainfall over the past week has already hit the U.S. Midwest and especially swollen rivers and lakes in Iowa State, resulting in evacuations.

A tanker train derailed in northwestern Iowa last Friday during the flooding, leaking some 230,000 gallons (about 870,000 liters) of crude oil. ■