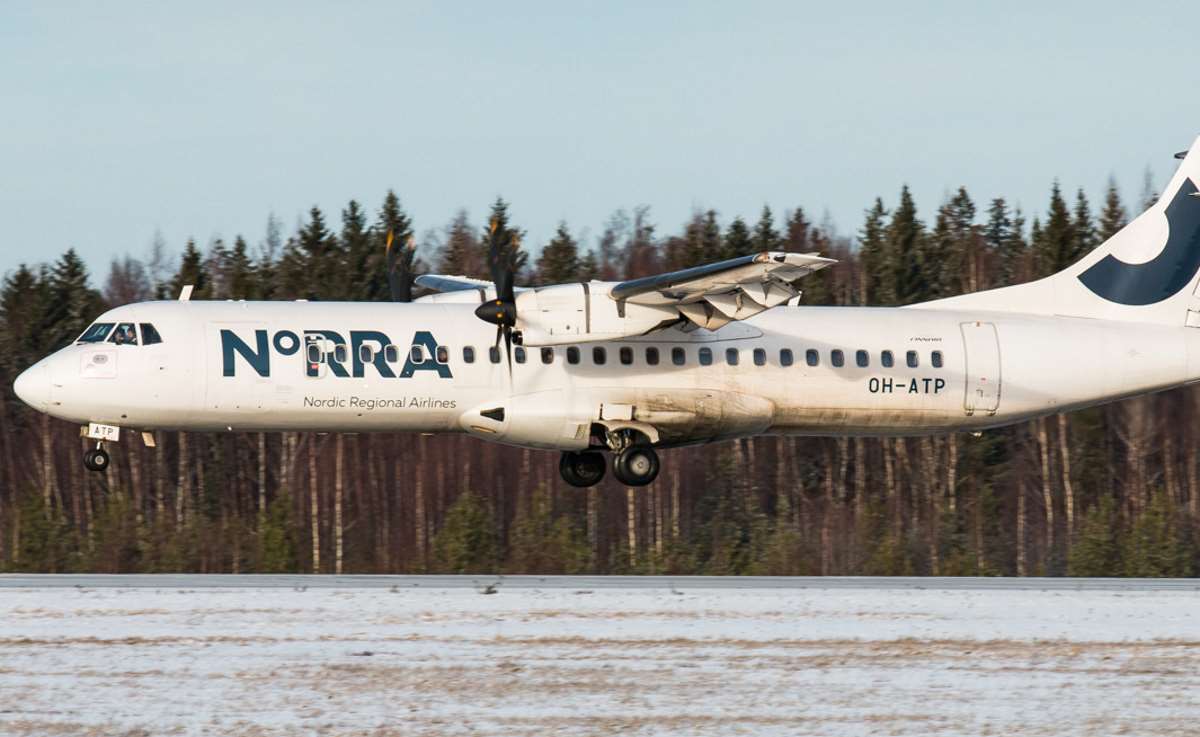 Europe   Examination revealed that the cause of smoke was the failure of journal bearings
The flight diverted to Turku, Finland, after smoke was observed on board. The captain decided to evacuate the airplane after landing. The Embraer ERJ 190-100LR carried 100 passengers and four crew members. The occurrence did not result in injuries.

After takeoff, the flight crew noticed oscillations in the pressurization system and received an indication of a fault in automatic pressurization control.

Soon afterwards, they smelt smoke, and the captain decided to return to Helsinki. The chief of cabin notified the flight crew of smoke and "burning smell" in the cabin.

Upon receiving is information, the captain declared emergency. Shortly afterwards, a PACK 1 FAIL message displayed, indicating the failure of one of the airplane’s two air conditioning packs.

The captain actioned the appropriate checklist, and the flight crew elected to divert to Turku. Since smoke was also evident in the cockpit, they donned oxygen masks. One of the two cabin crew members attempted to don protective breathing equipment (PBE) but was unable to open the protective bag.

Smoke intensified after landing, and therefore the captain decided to evacuate the airplane on a link taxiway.

Although the cabin crew ordered the passengers to leave baggage behind, several passengers grabbed their carry-ons. The doors were opened, and the slides deployed.

The overwing exits were also opened and used by a number of passengers to evacuate onto the wings, Since no fire was observed inside the airplane, the rescue crews told these passengers to re-enter the cabin and evacuate via the slides.

Technical examination revealed that the cause of smoke was the failure of journal bearings in the left-hand air cycle machine that had been fitted in the airplane during manufacture.

Tests also showed that a pull of approximately 25 kp would have been needed to open PBE bags. The task would have been easier had the bags been modified according to the manufacturer's non-mandatory service bulletin. Difficulties in the opening of a bag may jeopardize a crew member's life and health.

Investigation found that the current alerting service manual issued to air navigation service units guide the controller to classify a possible or confirmed inflight fire as a full emergency situation.

Therefore, the Southwestern Finland Emergency Response Center did not direct the region’s hospitals to elevate readiness.

Since several passengers wore only light clothing and outside temperature was only three degrees above zero, passengers began to feel the cold after evacuation.

They were transported from the movement area to the evacuation point in local buses that were requisitioned pursuant to the Rescue Act. The procedure was unplanned and had therefore not been rehearsed. Under certain weather conditions moving of the passengers from the accident site without undue delay will be essential.