Federal Police in Brazil seizes 44.7 tons of cocaine, 313 of marijuana

Staff Writer | May 22, 2018
The Federal Police in Brazil seized record-high volumes of cocaine and marijuana in 2017. 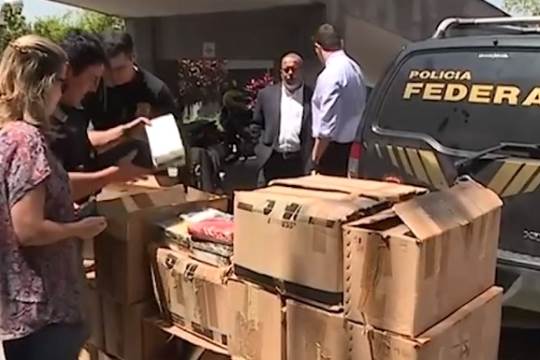 LatAm   3,200 cars that were stolen
Successful operations by the force's various Narcotics Control Offices and Special Investigations Task Force (Gise) allowed the Federal Police to remove 44.7 tons of cocaine and 313 tons of marijuana from circulation throughout the year.

A total 3,200 cars that were stolen or used in other crimes were also recovered. The country's police forces tracked down (and the courts seized) more than $665 million in goods and trafficking money last year, almost triple the amount of 2016.

As for road policing, 14,000 people were arrested, 205 tons of marijuana and six tons of cocaine and crack were seized and one thousand firearms and 192,000 pieces of ammunition were apprehended in country's federal highways in 2017. ■

Japan has most powerful passport