Christian Fernsby ▼ | July 7, 2020
FBI Director Christopher Wray on Tuesday urged China-born people in the United States to contact the FBI if Chinese officials try to force them to return to China under a program of coercion that he said is led by Chinese President Xi Jinping. 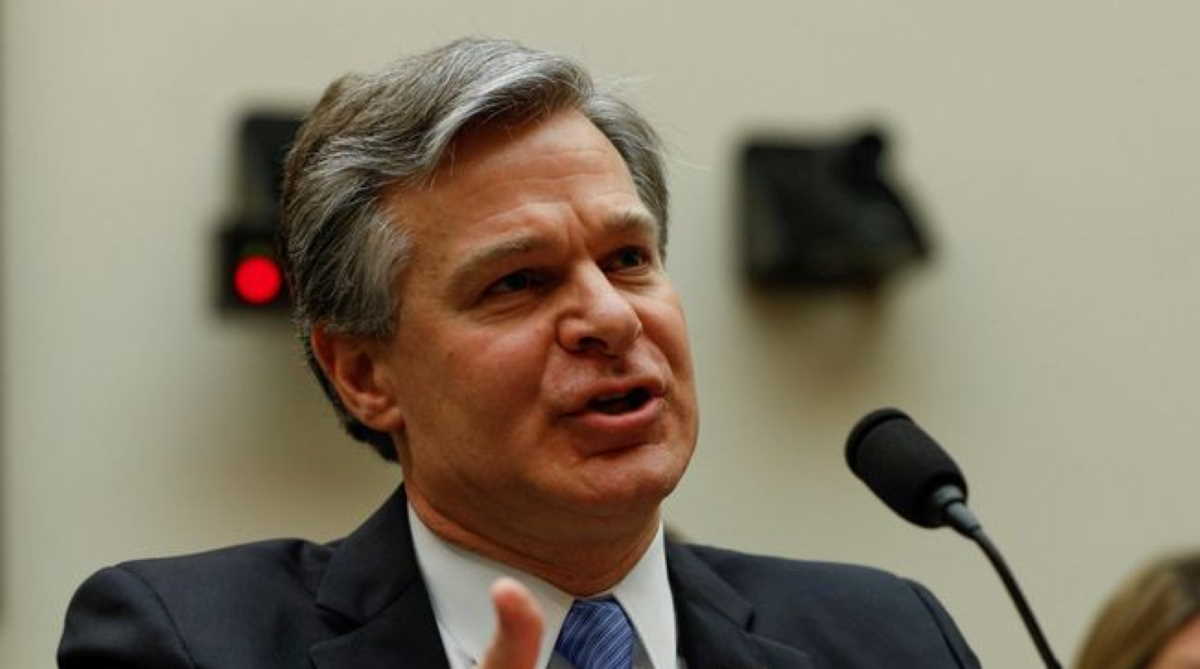 FBI Director   Christopher Wray
Wray issued the unusual appeal in an address to a think tank in which he reiterated U.S. charges that China is using espionage, cyber theft, blackmail and other means as part of a strategy to replace the United States as the world’s dominant economic and technological power.

He said Xi has “spearheaded” a program called Fox Hunt aimed at strong-arming people born in China living outside of the country who are regarded as threats to return home in order to silence criticism of Beijing’s political and human rights policies.

The families of those who refuse to return are threatened and some have been arrested in China “for leverage,” he said

“Hundreds of these Fox Hunt victims that they target live here in the United States, and many are American citizens or green card holders,” he continued. “The Chinese government wants to force them to return to China and China’s tactics to accomplish this are shocking.”

He related a case in which he said the Chinese government sent “an emissary” to visit a family in the United States of an unidentified target who could not be located. The emissary left a message that the target could chose between returning to China or committing suicide, Wray said.

“I want to take this opportunity to note that if you believe the Chinese government is targeting you, that you are a potential Fox Hunt victim, please reach out to your local FBI field office,” he said.

“We’ve now reached a point where the FBI is opening a new China-related counterintelligence case about every 10 hours,” Wray said in his address to the Hudson Institute think tank. ■

Bolsonaro acknowledges having symptoms of coronavirus