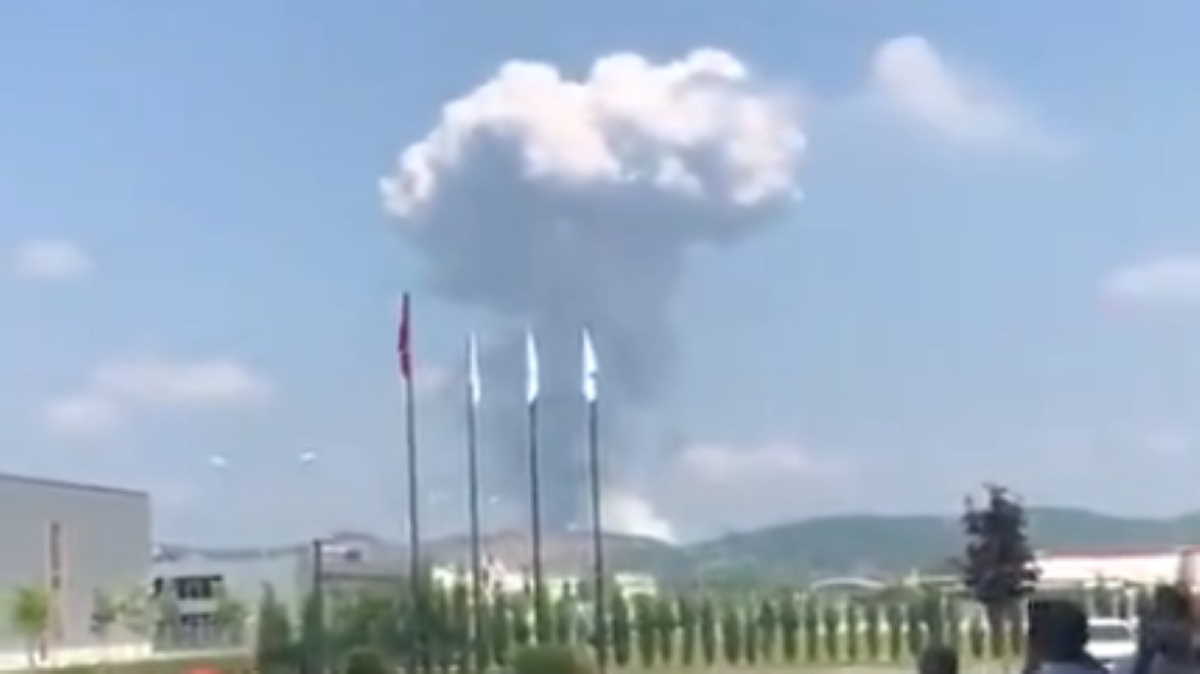 Fireworks   Explosion in factory
There were an estimated 150 workers at the factory outside the town of Hendek, in Sakarya province.

At least 10 people were hospitalized, HabertTurk television quoted him as saying.

Several firefighters and ambulances were sent to the factory, which is away from residential areas.

However, explosions were continuing, hampering efforts to bring the fire under control. Earlier, television video showed a large, mushroom-shape cloud of smoke rising from the factory ■

UK published full list for holidaymakers of countries without quarantine