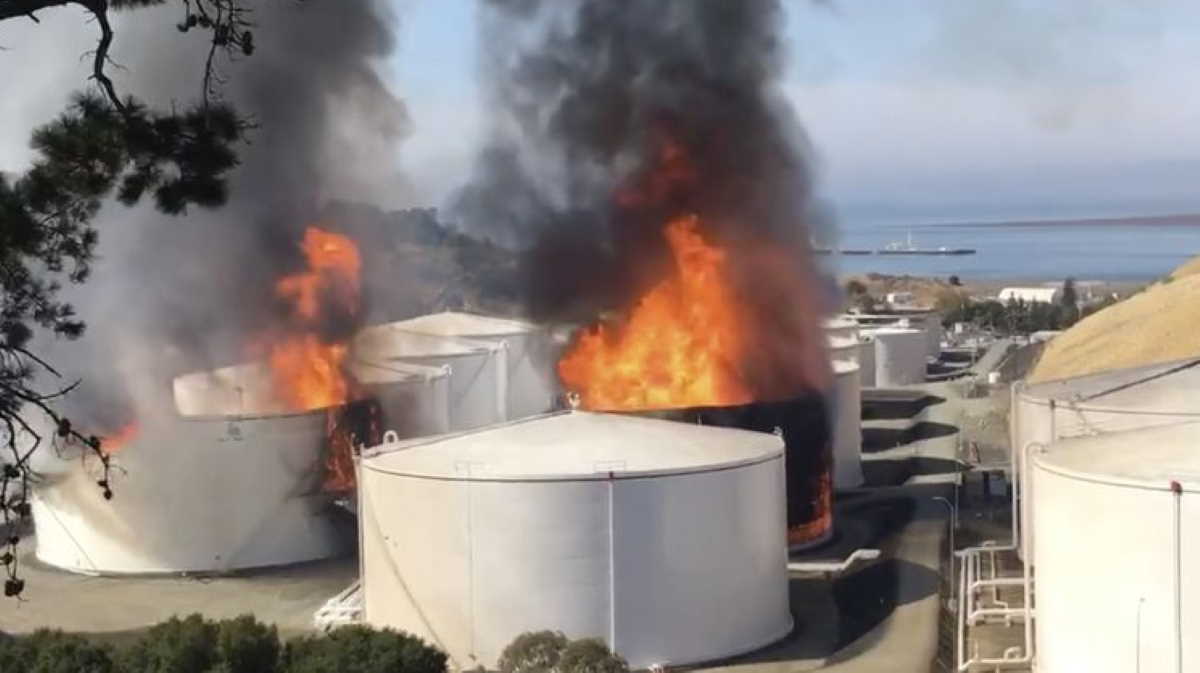 America   Explosion in California
Dual explosions occurred around 2 p.m., as KPIX reports, and in aerial footage two of the tanks appear to have "collapsed." A tanker driver at the site tells the station she had just arrived and filled out some paperwork when she heard a loud "rumbling" and saw "a bunch of people running." She then drove her truck off the property and "I got to the top of the Cummings Skyway and I could see the tops of two tanks completely engulfed in flames."

The trucker, named Michelle, explains that the tanks don't contain oil or gasoline, but renewable diesel. ■