EUNAVFOR MED Operation Sophia to be extended until end of 2018 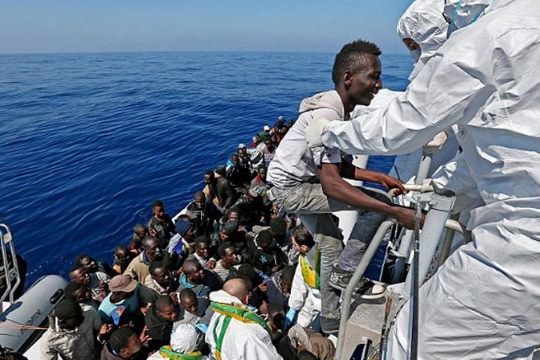 Europe   The operation has helped rescue close to 40,000 lives
EUNAVFOR MED Operation Sophia is the EU naval operation disrupting the business model of migrant smugglers and human traffickers in the Southern Central Mediterranean.

The operation has two supporting tasks: training the Libyan Coastguard and Navy and contributing to the implementation of the UN arms embargo on the high seas off the coast of Libya in accordance with UNSCR 2292 (2016) and 2357 (2017).

The operation entered its active phase in October 2015 enabling the identification, capture and disposal of vessels used or suspected of being used by migrant smugglers or traffickers.

Since then, the operation has contributed to the arrest and transfer to the Italian authorities of 110 suspected smugglers and traffickers, and has neutralised 470 vessels.

In addition, the operation has helped rescue close to 40,000 lives. ■