Christian Fernsby ▼ | August 12, 2020
Police in the Netherlands have arrested 17 people following a raid on a massive cocaine lab, which they say is the biggest ever found in the country. 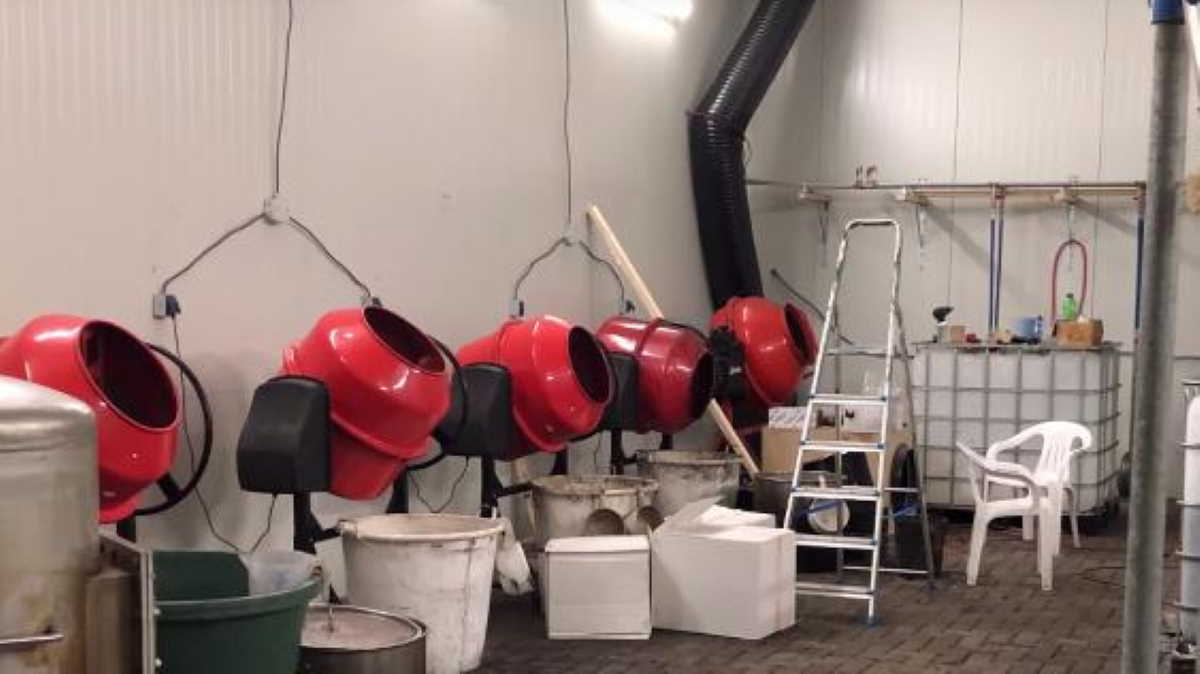 Dutch   Biggest cocaine lab
The lab was housed inside an old riding school in Nijeveen, around 75 miles northeast of Amsterdam, and included sleeping quarters and recreation areas, according to a police statement published Tuesday.

"This is the largest cocaine laboratory ever found in the Netherlands," said André van Rijn, chief inspector of the National Facility for Dismantling Support (LFO), which is dismantling the lab.

"Given the number of people who worked there, the installation, the size, the furnishings and the equipment, we estimate the production capacity at 150 to 200 kilos of cocaine per day." This quantity of drugs is worth about €5 million, van Rijn added. ■