Christian Fernsby ▼ | July 7, 2020
A bus carrying high school students plunged into a reservoir in southwest China on Tuesday, as days of torrential rain triggered flood warnings across large parts of the country and disrupted the first day of national college exams. 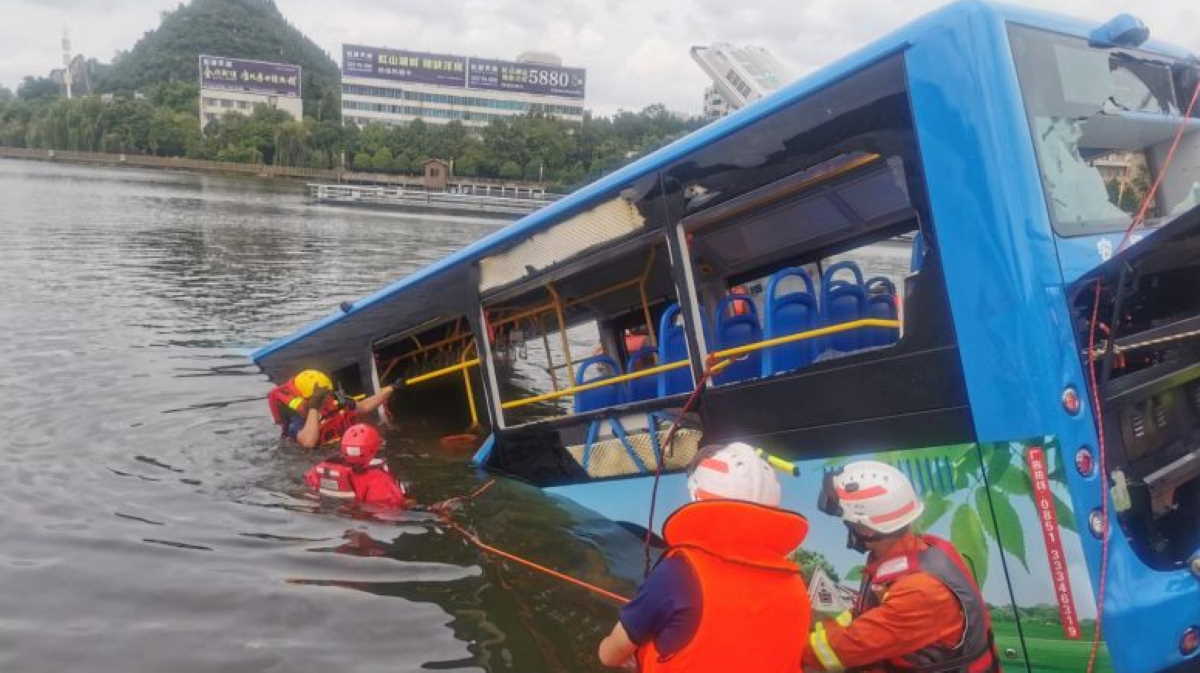 Tragedy   Bus students
In the central city of Wuhan, where the coronavirus epidemic first erupted in December, a record-breaking 426mm of rain fell on Sunday, the official China Daily reported, and the authorities were using giant pumps to remove water from the flooded roads.

State broadcaster CCTV said the students on a bus that crashed into a reservoir in the city of Anshun in south-western Guizhou province had been on their way to sit the college entry exams.

The number of casualties had still to be confirmed.

But as of last Friday, there were 119 people dead or missing nationwide as a result of the storms, while the emergency ministry estimated economic losses to be in excess of 40 billion yuan (S$7.9 billion).

In east China's Anhui province, a bridge dating back over 480 years to the Ming Dynasty (1368-1644) collapsed in floodwaters.

Zhenhai Bridge, a state-level cultural relics protection site located in Tunxi District in the city of Huangshan, was destroyed by the roaring Xin'an River at 9.50am during a heavy rainstorm starting Monday evening.

And on Monday, another ancient bridge was torn down by the force of raging stream in the same province. ■

Death toll rises to 65 in storms across India
Rain storms to hit from India to Germany to Ohio
India dust storms: More than 125 killed as storms continue

EU to send search and rescue teams to Beirut
Explosions in Beirut killed at least 100, injured more than 4,000
Russia sends 5 humanitarian aid planes to Lebanon after Beirut explosion
Norwegian police to probe into handling of coronavirus outbreak on board MS Roald Amundsen