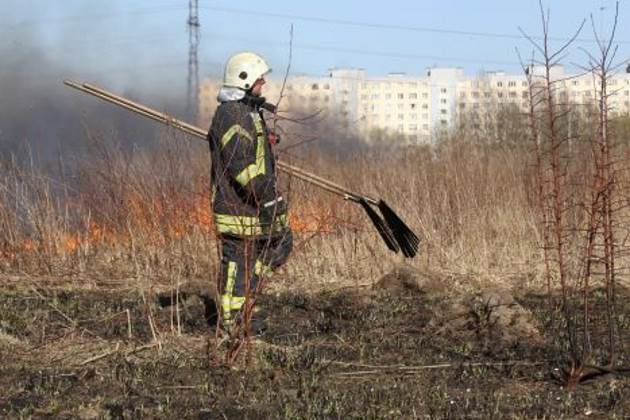 Shortly after 5 a.m. the firefighters managed to contain the blaze but rescue works continued during the day as some materials were still smoldering at the waste collection site.

Since the fire had broken out in a territory full of hazardous chemicals the Latvian State Fire and Rescue Service dispatched 34 firefighters to the scene to extinguish the dangerous fire as soon as possible.

Experts from the State Environmental Service who also arrived to inspect the affected area said that the fire had not caused ground-water pollution because BAO has its own wastewater disposal system and all water used by the firefighters ended up in special reservoirs beneath the waste collection site, public television reported.

Although nobody was harmed in the fire, representatives of the Health Inspectorate arrived in Olaine to check the effects of the smoke that had spread in the neighborhood. The smoke had disappeared by midday but the smell was still lingering in the town.

BAO CEO Janis Vilgerts said to a public radio station that the cause of the fire was not yet established but that CCTV footage gave reasons to suspect arson. "We watched the recordings and saw somebody trespassing the fence," he said.

The recordings will be handed over to the police for examination. ■