Cyclone Wasi moves away from Samoa

Christian Fernsby ▼ | February 23, 2020
The Tropical Cyclone Warning for Samoa been cancelled with the Cyclone Wasi now setting its sights on Niue. 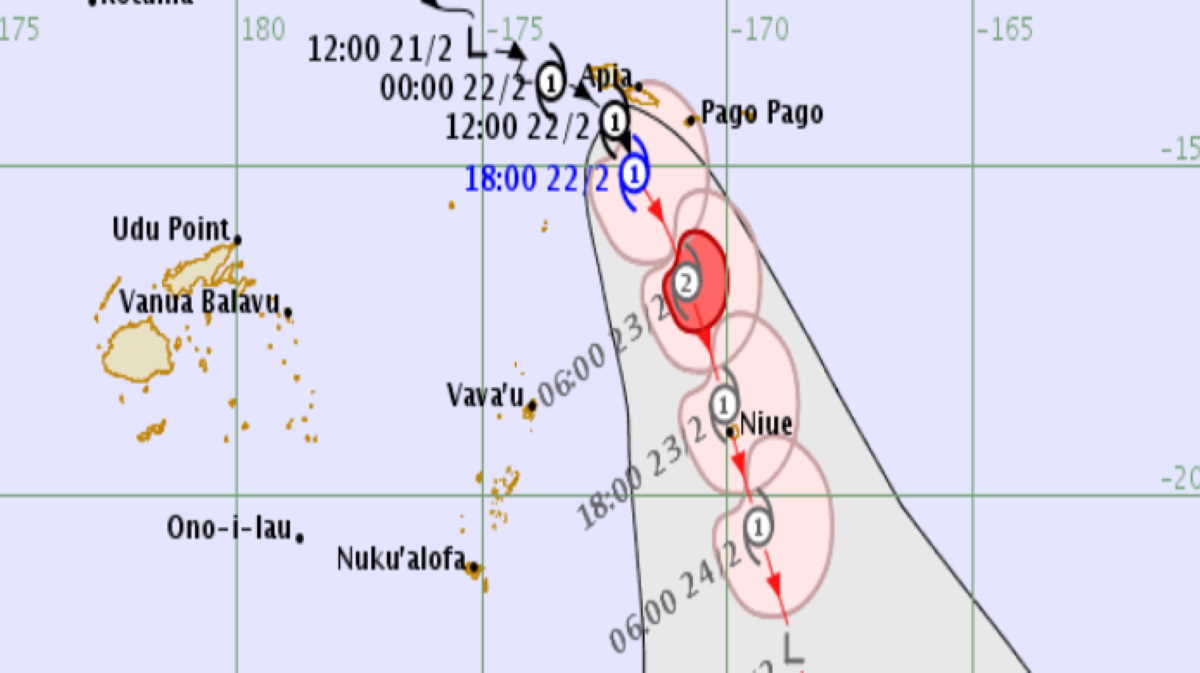 Weather in Samoa   Cyclone Wasi Samoa
The Samoan public have been warned they could still expect heavy rain and gusty winds associated with the category one storm which could bring flooding and landslides to the country.

Today the cyclone, with winds of up to 75 kilometres per hour, was 309 kilometres south of Apia.

The system is travelling southeast at 17 kmph and is forecast to pass over or near Niue on Sunday local time, (Monday NZT).

Niue remains under a Cyclone Warning with wind gusts of up to 100 kmph expected tonight. ■