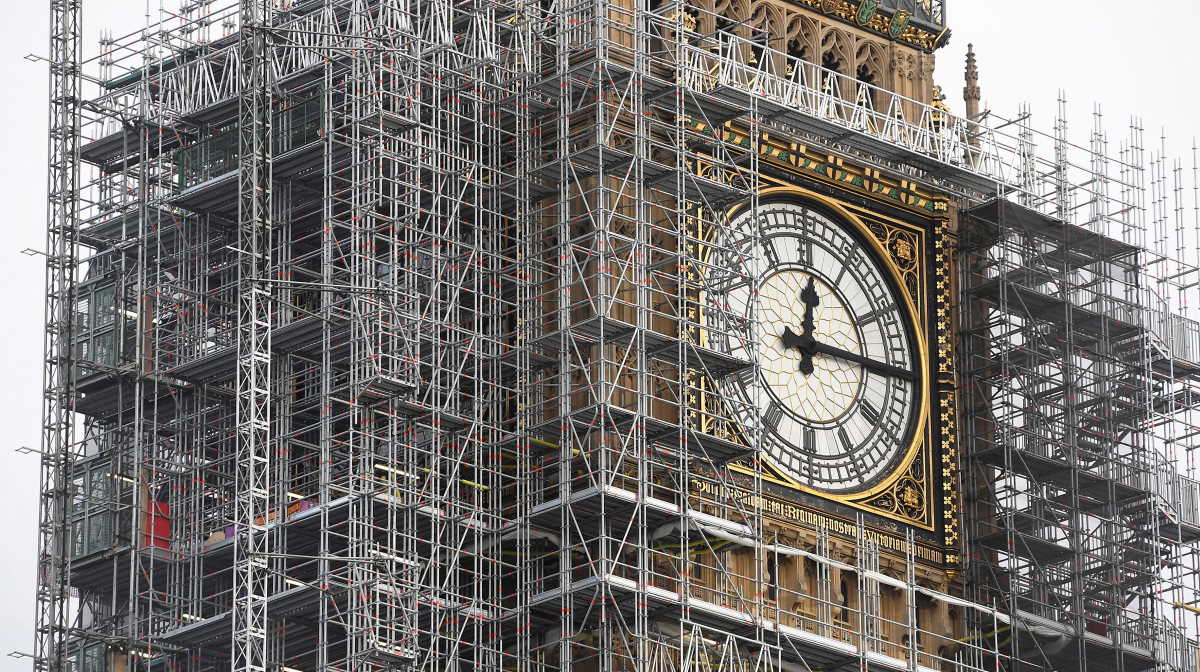 Britain   Big Ben tower
Restoration work began in 2017 on Elizabeth Tower, which houses the Big Ben bell. The tower was built in 1856 and has since become an iconic British landmark.

“With a 12 meter square (130 square feet) footprint and a prime location right in the middle of a busy working parliament, understanding the full extent of the damage to the tower was impossible until the scaffolding was up,” said Ian Ailles, director general of the House of Commons, the U.K.’s lower house of parliament.

“Alongside other issues, such as the impact of often inappropriate conservation methods used by our predecessors, the corrosive levels of pollution in the atmosphere and the discovery of asbestos in unexpected places, we have only now been able to fully understand the full investment required for this project,” he said.

The 96 meter (315 foot) tower was also bombed by Nazi Germany in May 1941, and the extent of the damage caused was found to be greater than previously thought.