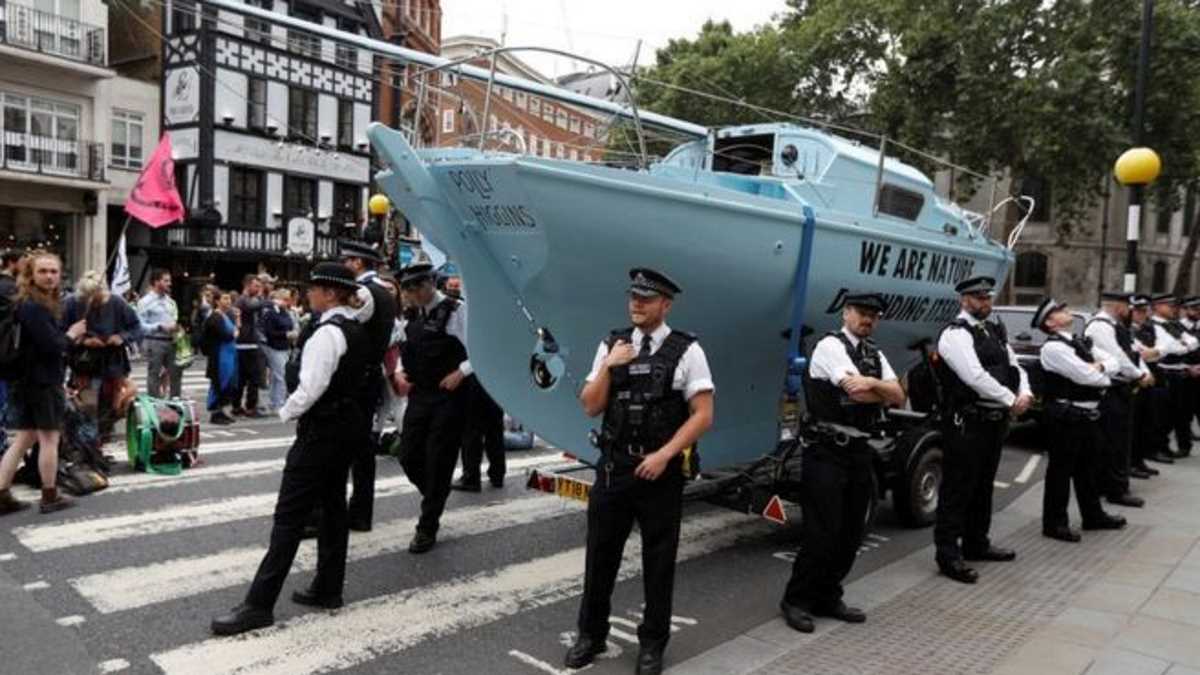 Britain   Extinction Rebellion
Activists blocked entrances to the site. The group said it would disrupt the site for the day in an attempt to halt the expansion of the works.

"Concrete has a huge environmental impact and building another tunnel will only make air pollution across East London worse," said Eleanor McAree, 25, from Extinction Rebellion.

"Air pollution is already at dangerous levels and is affecting the health of children and adults in the area."

London Concrete is a unit of Franco-Swiss group LafargeHolcim. The Silvertown Tunnel under the Thames will link the Greenwich Peninsula and Silvertown. ■

Ukraine extends ban on imports of Russian goods until December 2020