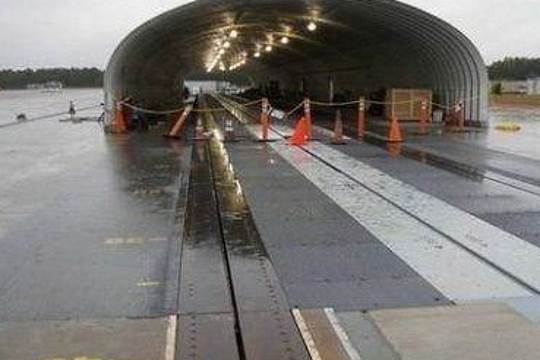 Technology   "We have better technologies"
This is a technology that so far only the United States possessed, the newspaper China Daily reported.

The system has been designed by Chinese engineers, and according to Rear Admiral Yin Zhuo, director of the People’s Liberation Army Navy’s expert consultation committee, has been tested with J-15 fighter jets with thousands of takeoffs.

“The country has outperformed the US in the development of such systems, which are considered by military experts as a game-changing technology in naval hardware,” Yin said according to the newspaper.

“Compared with the U.S., we have better technologies in key parts, such as motor-control devices and power distribution software. We are leaders in the research and development of integrated electric power systems,” Yin added.

Such technology is necessary to give an extra “push” to the launch mechanism, given the relatively small size of a flight deck, and traditionally steam has been used to generate the force, but electromagnetic force provides an alternative solution.

“A steel cable attaches the plane to the catapult and drags it rapidly forward for takeoff,” the article explained.

According to experts, the use of electromagnetic catapult makes it possible to launch larger and heavier aircraft.

Although neither of the two carriers that China currently possesses is equipped with it, Yin said that the next carrier to be constructed for the Chinese Navy will possess this technology.

China launched its first home-built aircraft carrier in April 2012, prior to that, the country only possessed “Liaoning,” a former Soviet navy carrier rebuilt and commissioned into the Chinese navy in 2012. ■