Cause of MetalX fire in Ohio unknown

Christian Fernsby ▼ | September 11, 2019
A scrap metal fire was finally being put out Tuesday night at the MetalX plant on State Route 109 in Delta. That fire began just after 6 p.m. Monday. 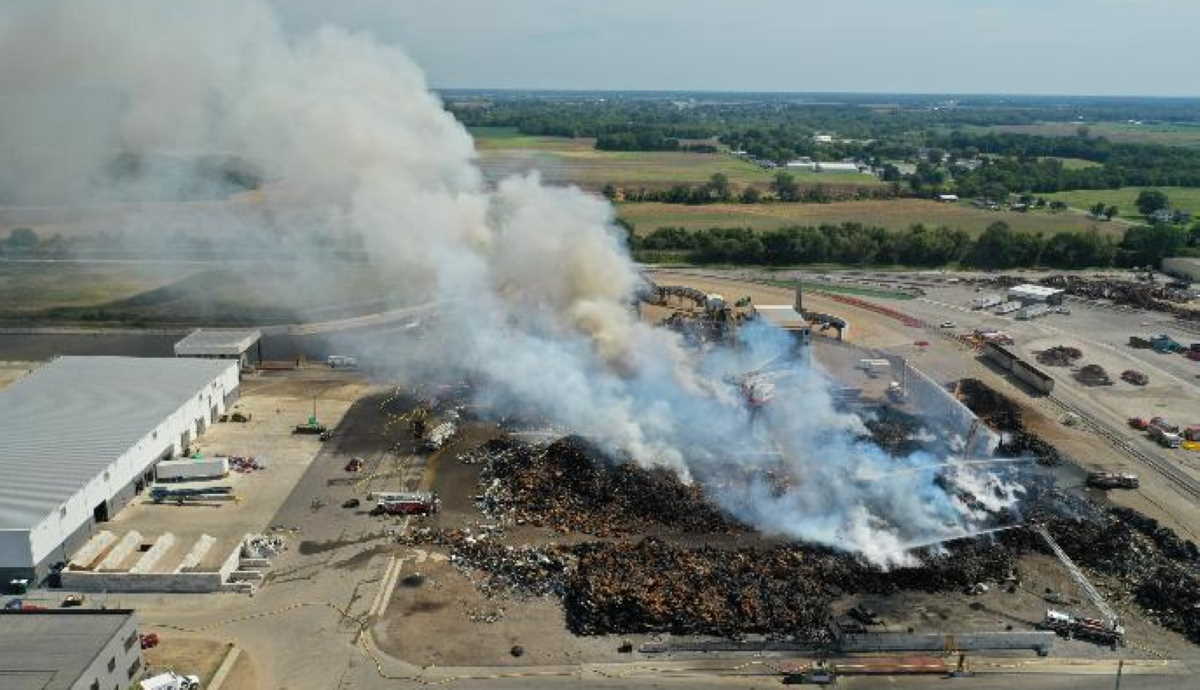 America   MetalX plant on fire
According to Chief Rick Sluder of the Wauseon Fire and Rescue squad, the fire was burning a pile of tons of metal and debris, some of it made up of crushed cars. MetalX's General Manager clarified that the pile also contains recycled appliances and furniture and is made up of about 80% steel and other combustibles.

Smoke could be seen as far as Blissfield, Michigan, and on Tuesday, as the winds shifted, that smoke was being blown far into the southern parts of the state. Several communities have issued notices about the smell of smoke, including Ypsilanti and Milan.

The Ohio EPA was at the incident site Tuesday afternoon, saying that based on readings from their hand-held monitoring devices, no chemicals have been detected in the smoke from the fire. The agency added that Delta's public water system is not affected by the firefighting water runoff. ■