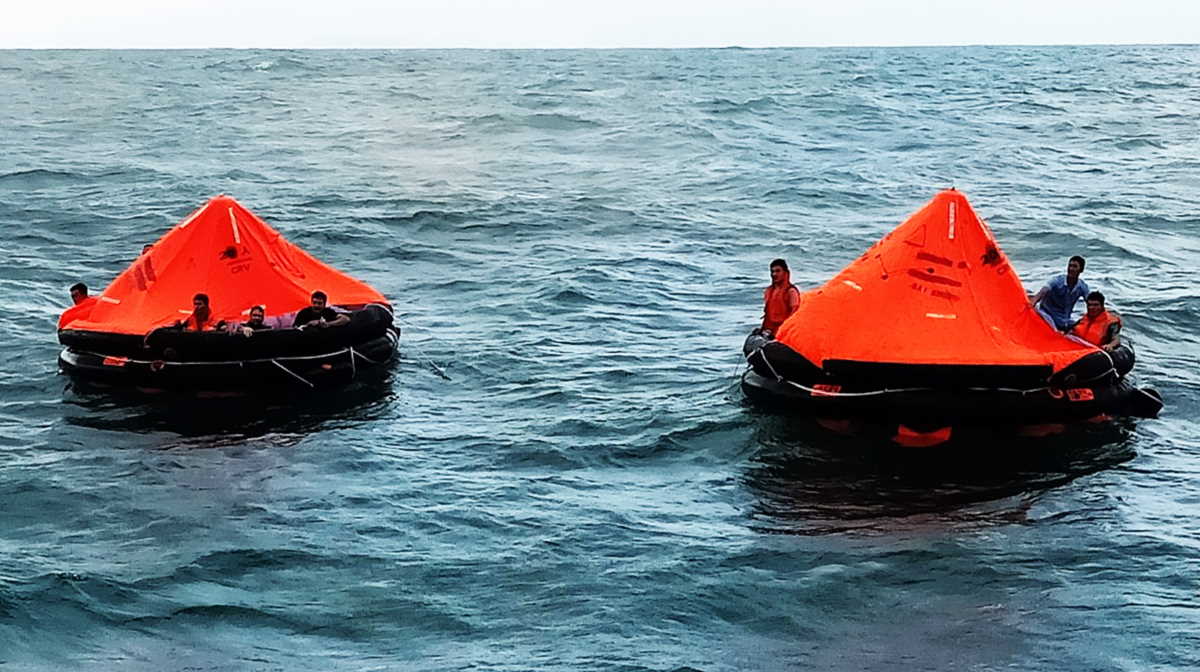 Sea incident   Cargo ship Toan Phat 68
The ship loaded with 2950 tons of clinker was en route from Hai Phong to Can Tho, was caught in stormy weather, probably capsized because of cargo shift.

11 crew including Captain went into life rafts, and rescued by SAR boat at around 1200 LT, but regretfully, Captain was beyond medical assistance, suffering cardiac attack. ■

Cargo ship runs aground off Philippines