Christian Fernsby ▼ | February 25, 2020
Dozens of Canadian police officers moved in yesterday to break up an Indigenous blockade that shut down the main passenger train route between Toronto, Montreal and Ottawa. 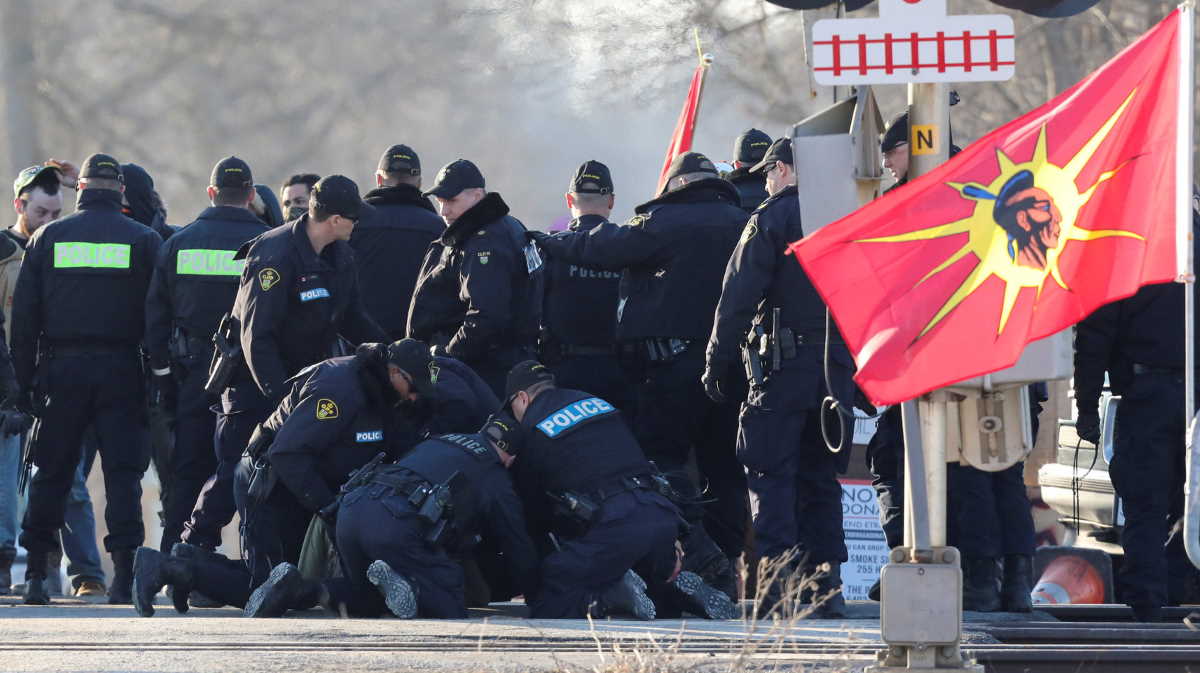 Business in Canada   Canadian blockade
The protesters ignored a deadline of midnight Sunday to leave, and a few hours later, police closed in around 8 a.m. EST.

The Mohawks began the blockade on Feb. 6 in solidarity with Wet’suwet’en hereditary chiefs who opposed a $6 billion natural gas pipeline crossing their territory in the Canadian west coast province of British Columbia. The elected chiefs of all 20 Indigenous bands affected the pipeline gave approval for the project, including the Wet’suwet’en.

But the hereditary chiefs said the elected officials’ jurisdiction ended at the reserve boundaries, while their authority covered the rest of the territory.

They and supporters blocked the project, and Royal Canadian Mounted Police moved in to remove them. ■