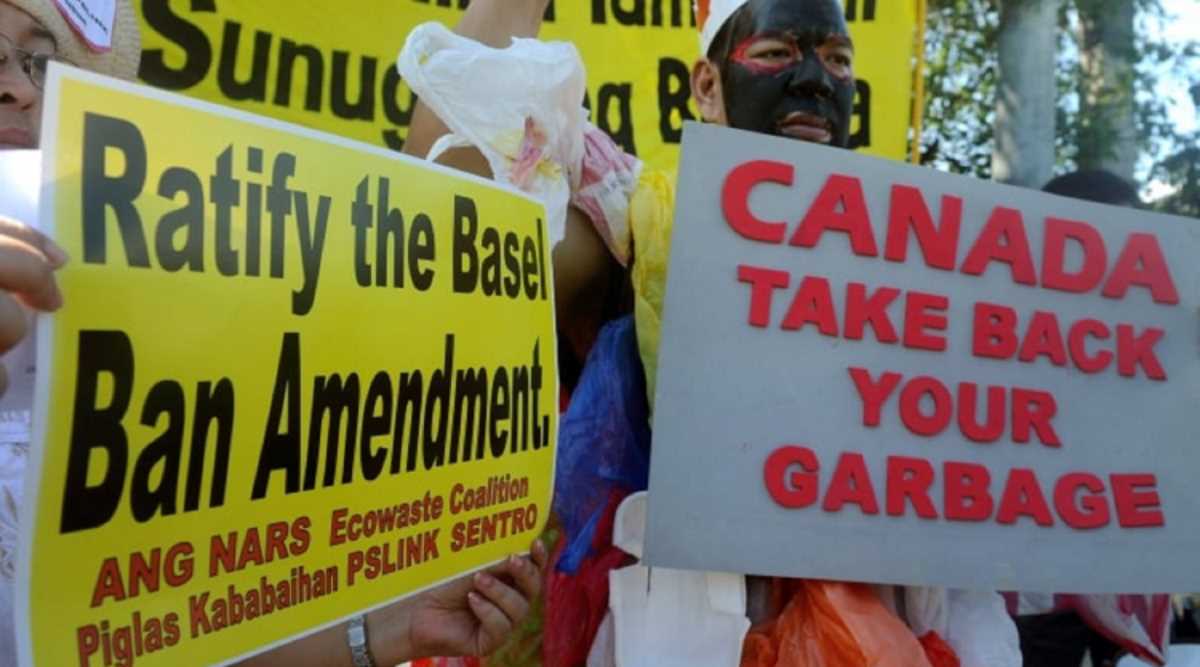 Canada has ratified the Basel Convention but not the Amendment.

The Ban Amendment lacks but two more country Parties from those that were Parties in 1995 before it can enter into force.

Canada was a Party in 1995 so its ratification is pivotal and can send a meaningful message to Asian countries that not only did they finally agree to take the waste back, they now will take action to prevent such exports in future.

The letter signed by the Basel Action Network, Canadian Environmental Law Association, Friends of the Earth, Greenpeace, the International Pollution Eliminate Network, Right on Canada, and the Toronto Environmental Alliance, follows a spate of Canadian scandals involving hundreds of containers full of household garbage, plastic waste, and hazardous and electronic wastes that have been dumped in the Philippines, Indonesia, Malaysia, and just days ago -- Cambodia.

Two weeks ago, Canada was forced to accept back containers of household garbage that was over 4 years old after Philippine president Duterte railed against the export. ■

Hibbett Sports appoints two to board