Staff Writer | July 19, 2017
Fire officials ordered the evacuation of a Northern California town as a wildfire continued to burn out of control - growing to more than 25,000 acres. 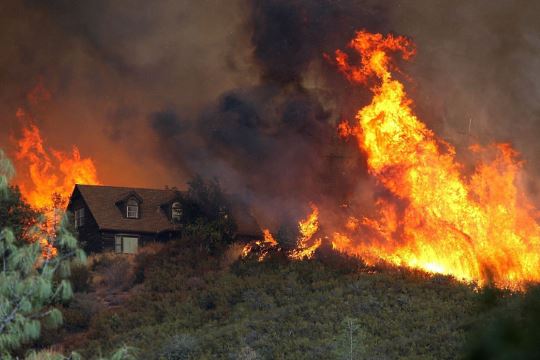 Fire   More than 1,400 fire personnel are battling the fire
Eight structures have been destroyed and thousands more are threatened in Mariposa County's Detweiler Fire, which was only five percent contained on Wednesday.

A state of emergency in the county was declared, and fire agency Cal Fire said the communities of Hunters Valley, Bear Valley, Catheys Valley, Mormon Bar, Mount Bullion, Yaqui Gulch/Aqua Fria areas, Hornitos and the town of Mariposa - whose population of 2,700 has already evacuated - were under threat.

Cal Fire added that the fire is approaching "culturally and historically sensitive areas."

The fire is also threatening to damage power lines that supply electricity to Yosemite National Park, 50 miles away, officials said.

More than 1,400 fire personnel are battling the fire. Their work is hampered by high winds and high temperatures, fire officials said.

Heavy rain, earlier this year, led to the quick growth of foliage throughout California. High temperatures then dried the grass and shrubbery, leading to dry conditions suitable for fires.

Wildfires have been reported in a dozen counties in the state. ■