Staff Writer | June 2, 2018
Brazilian truckers on Friday lifted their main remaining blockade at the port of Santos near Sao Paulo, which had been blocked off for 11 days. 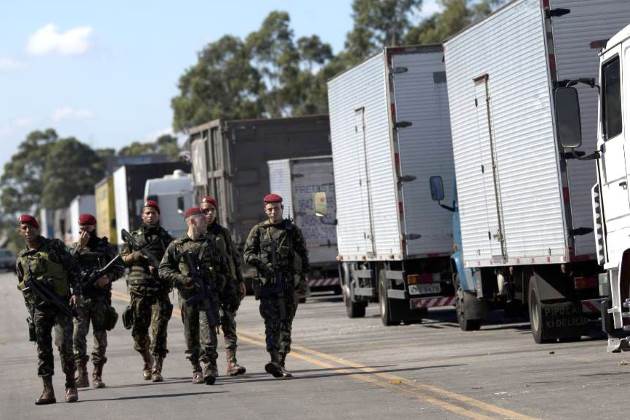 Since the blockade began on May 21 across Brazil, all transport flow into Santos had stopped, causing estimated losses of over 370 million reais (about 100 million U.S. dollars).

Activity was also restored at the southern port of Paranagua, after more than a week with no trucks being able to enter.

Around 2,000 trucks arrive at the port daily on average, but none entered since the blockade began.

Currently, 37 ships are anchored in the bay of Paranagua waiting to offload or take on cargo, while a further 10 are docked.

According to the CEO of the ports of Paranagua and Antonina, Lourenco Fregonese, the situation will soon return to normal after highways are cleared.

The blockade by Brazilian truckers began due to the announced increase to the price of diesel but on May 27, President Michel Temer made a number of concessions, including a gradual decrease to fuel prices.

While the supply of fuel is slowly returning to normal, authorities the economic consequences of the long blockade would still be felt for a number of days. ■