Christian Fernsby ▼ | April 6, 2020
Around 30,000 were released in Brazil by judicial decisions issued by the National Council of Justice (CNJ), amid the coronavirus pandemic, Folha de Sao Paulo daily reported Monday. 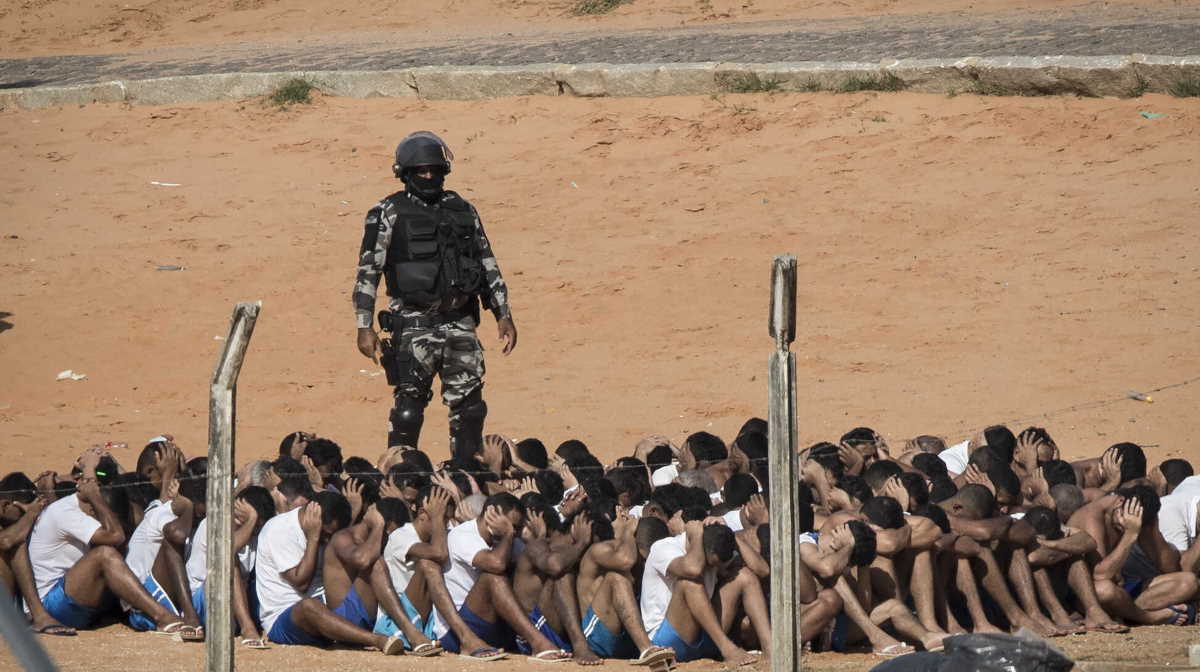 Brazil   Brazil prison
According to the National Penitentiary Department (DEPEN), some prisoners have been released from jail with no ankle bracelet and are asking states to be strict in following up on those under house arrest.

The Ministry of Justice considers that it will be impossible to control the prisoners.

Over 700,000 arrested are behind bars in Brazilian prisons, most of them administered by the governments of the 27 states of the Union.

Directed by Judge Antonio Dias Toffoli, president of the Federal Supreme Court, the CNJ recommended to lower-level magistrates the release of less dangerous prisoners to prevent the spread of Covid-19.

Sergio Moro, minister of Justice did not agree with such determination, and would rather infected prisoners be taken to isolated cells.

Likewise, Moro ordered to restrict the release of prisoners to a semi-open regime to prevent them from being infected outside the correctional facilities. ■

62% of Americans still going to work