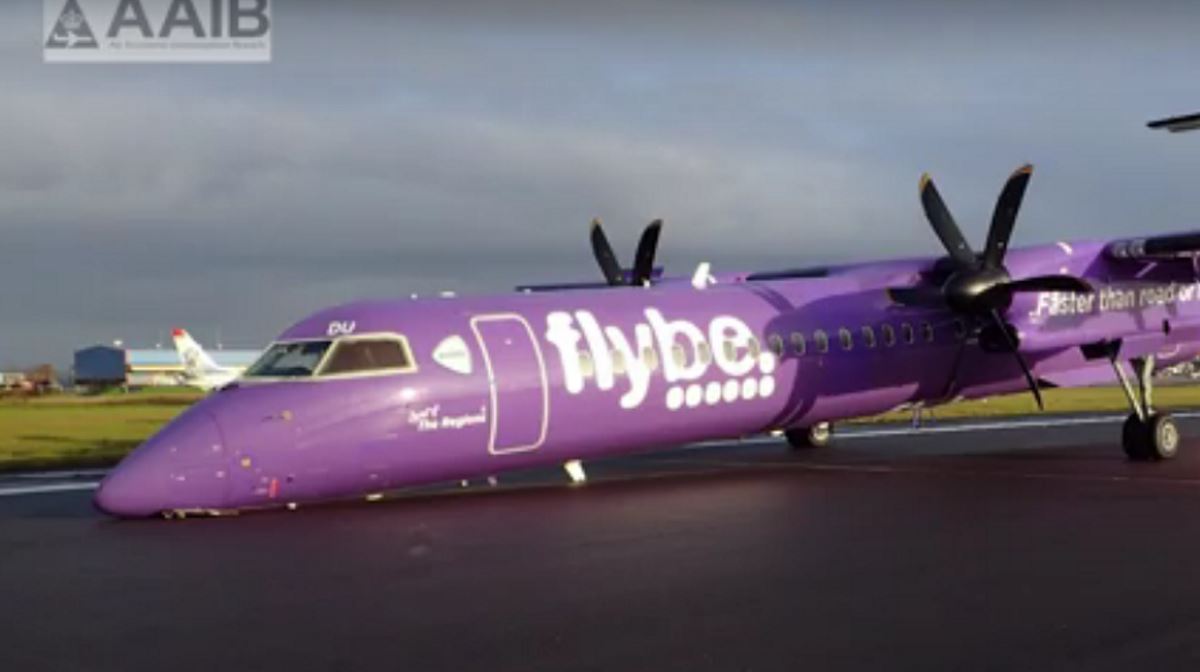 Britain   Bombardier Dash 8
The aircraft was travelling from Belfast City to Inverness when cockpit indications showed that the nose landing gear doors had not closed after landing gear retraction.

The crew diverted to Belfast International and carried out all relevant procedures but were unable to lower the landing gear.

The aircraft landed with the nose landing gear up.

There was an emergency evacuation and two of the 53 passengers sustained minor injuries.

The AAIB investigation found that a damaged electrical harness affected the readings of a sensor so that the nose landing gear doors started to close while the landing gear was still moving.

This then caused the nose landing gear to become jammed in the ‘up’ position, so that it would not extend when commanded by the crew.

The investigation determined that the harness had been secured with a non-flexible cable tie which restricted it from flexing during normal landing gear operations, leading to a fatigue failure of the harness.

As a result of the AAIB investigation, the operator inspected the remainder of its fleet.

The aircraft and landing gear manufacturers have clarified the harness routing and attachment instructions and are also working on a more flexible harness design. ■