Christian Fernsby ▼ | November 9, 2019
The government of Bolivian President Evo Morales denounced what it called a coup by violent groups on Saturday, as some police forces carried out acts of "mutiny" in support of opposition protests amid a weeks-long standoff over a disputed election. 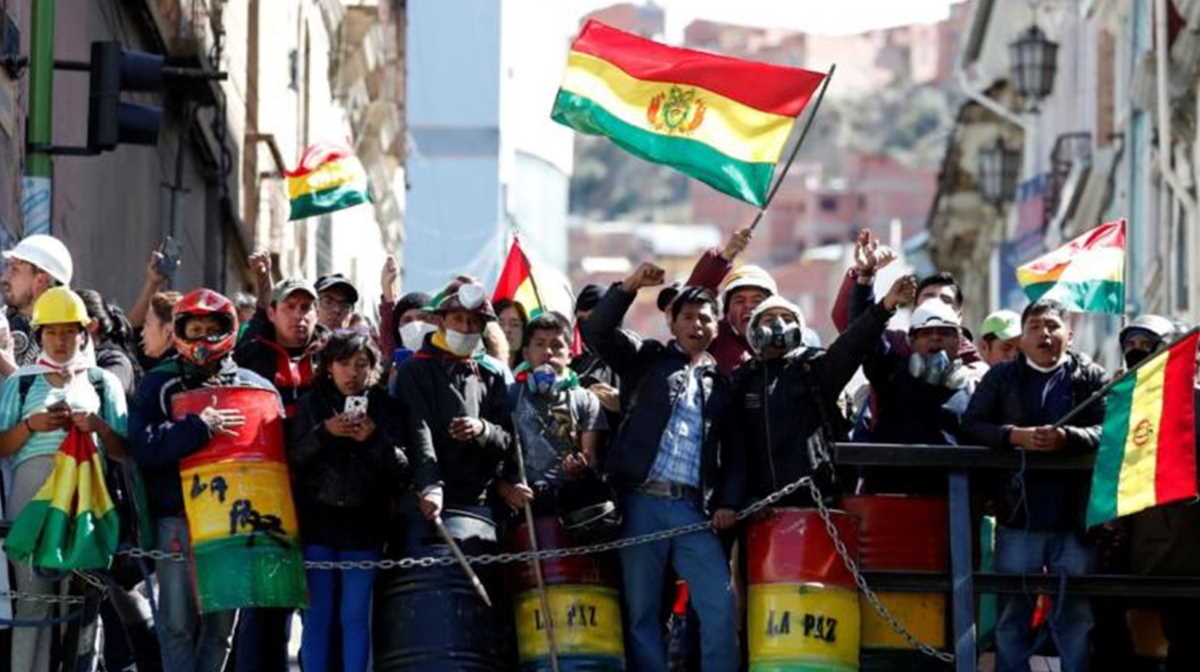 LatAm   Bolivia protest
Morales, Latin America's longest-standing leader, won the election on Oct. 20 but the vote count had been inexplicably halted for nearly a day, sparking allegations of fraud and leading to protests, strikes and road blocks.

"Sisters and brothers, our democracy is at risk due to the coup d'etat that violent groups have launched that undermine the constitutional order," Morales tweeted in the early hours of Saturday. "We denounce this attempt against the rule of law before the international community."

The foreign ministry also said in a statement on Saturday that a coup was "in process" by radical civic groups, adding some police officers had "abandoned their constitutional role of ensuring the security of society and state institutions".

Luis Fernando Camacho, a civic leader from the eastern city of Santa Cruz who has become a symbol of the opposition, replied to Morales' tweet, saying "We have not come to overthrow a president, we have come to free Bolivia from its dictatorship". ■