Clashes in Barcelona after 350,000 rally

Christian Fernsby ▼ | October 27, 2019
Thousands of separatists clashed with police in central Barcelona Saturday just hours after some 350,000 demonstrators held a peaceful march in the latest mass protest over the jailing of nine separatist leaders. 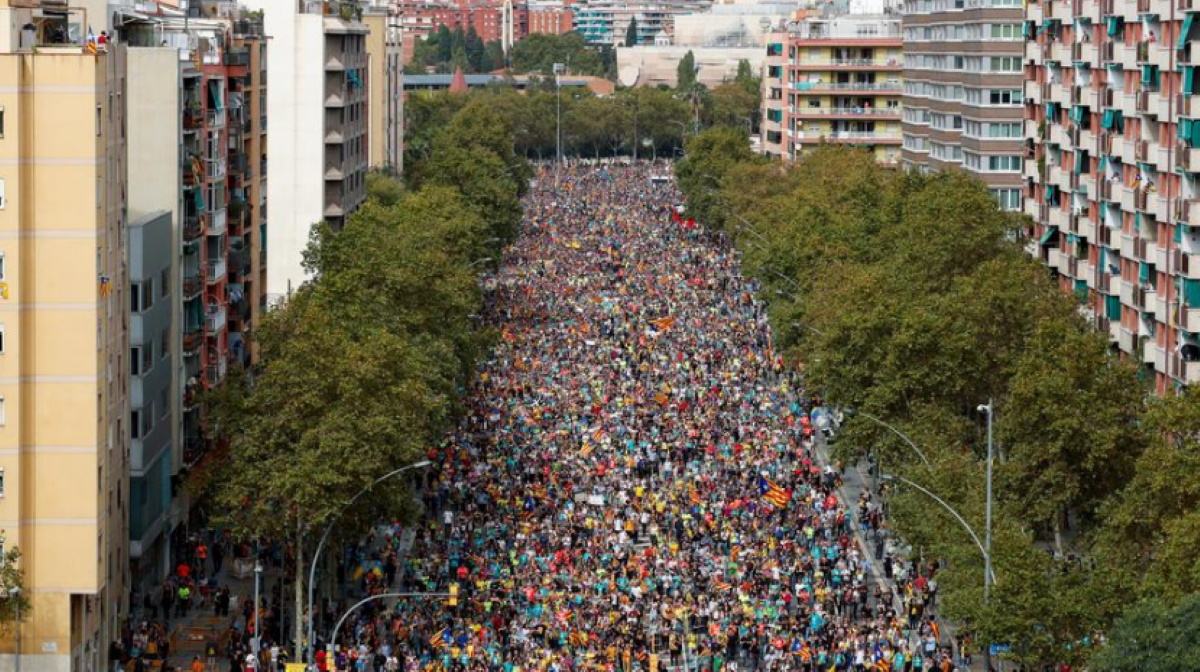 Europe   Barcelona protest
The day had started peacefully, with the city's streets turned into a sea of flags as a tide of humanity flowed down the wide avenue running from the waterfront to the city's towering Sagrada Familia basilica.

On an unseasonably warm October afternoon, the masses waved flags, sang songs and chanted slogans, among them many youngsters, elderly people and families with children.

But as night fell, thousands joined a separate demonstration by the radical CDR, massing outside police headquarters on Via Laeitana shouting "Occupation forces, out!" and hurling colored plastic balls and marbles at the riot police guarding the building.

Although police initially refused to engage, they eventually charged, using batons and foam rounds to try and break up the crowds who pelted them with bottles, rocks and fireworks, an AFP correspondent said.

Police said around 10,000 demonstrators had massed in the street, which was eventually cleared by about 11:00 p.m. local time.

Catalonia has been gripped by unrest since the October 14 Supreme Court verdict which unleashed a wave of protest that quickly turned violent, with masked demonstrators clashing nightly with riot police. ■