Staff Writer | February 25, 2019
Bangladeshi commandos stormed a passenger plane of the Biman Bangladesh Airlines at an airport in the southeastern city of Chattogram and shot dead an armed man who tried to hijack the Dubai-bound flight on Sunday. 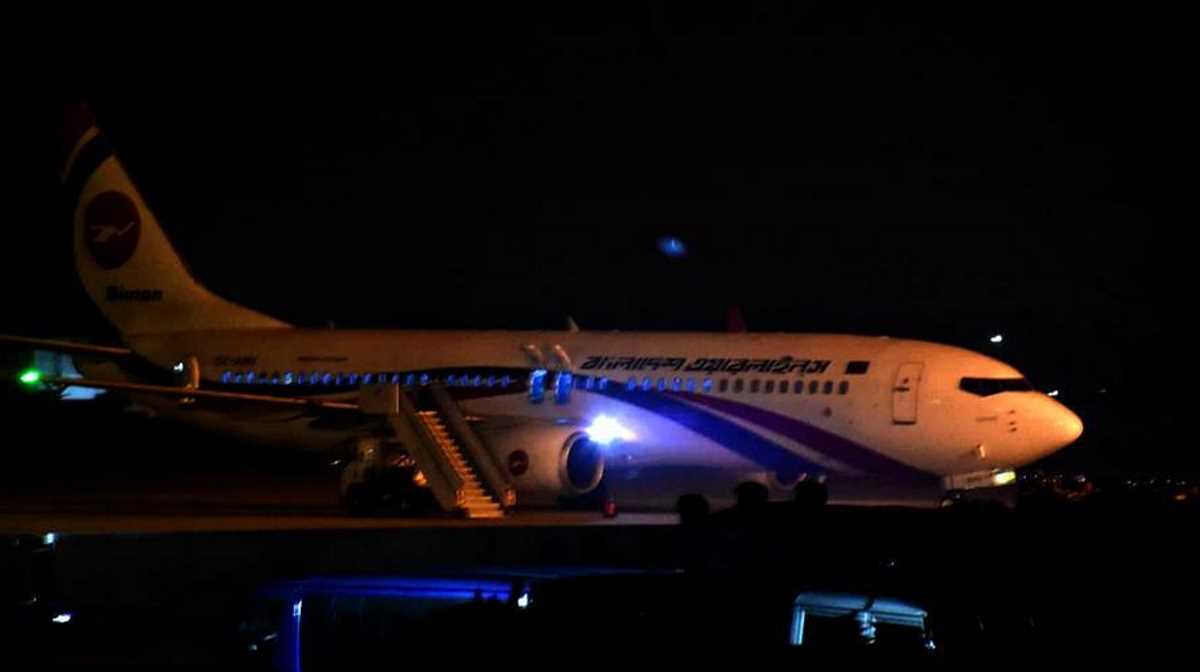 Asia   The hijacker identified as Mahadi, 25, had a pistol with him
Major General Motiur Rahman of the Bangladesh Army told reporters that the gunman died from injuries sustained during a commando operation.

He said the hijacker identified as Mahadi, 25, had a pistol with him.

The suspect was aggressive and reluctant to respond to the calls for negotiation, General Rahman added.

Shortly after the 8-minute commando operation ended, a senior Bangladesh Air Force official said the man who tried to hijack the plane flying from Dhaka to Dubai was arrested.

An official of the Inter Service Public Relations (ISPR) of the Bangladesh Army told Xinhua in a phone message that all passengers were evacuated safely from the flight BG147.

According to officials, the flight of the national flag carrier made an emergency landing at the Shah Amanat International Airport in Chattogram, some 242 km southeast of the capital Dhaka at about 5:40 p.m. local time (1140 GMT), hours after it took off from Dhaka.

Air Vice Marshal Muhammad Mafidur Rahman of Bangladesh Air Force, who led the commando operation, told journalists that there were 142 passengers, five cabin crew and two pilots on board the Boeing 737-800 aircraft.

Chairman of Civil Aviation Authority of Bangladesh (CAAB) Naim Hassan said the suspect, who seemed a bit mentally imbalanced, told the pilot that he had an issue with his wife that he wanted to tell the country's prime minister

Hassan said commandos from the Bangladesh Army, Bangladesh Navy and Bangladesh Air Force conducted the operation from 7:17 p.m. to 7:25 p.m. local time and established full control over the entire situation.

He said the operation was conducted on prime minister's orders.

According to the CAAB chairman, the suspect appeared to be a Bangladeshi man who was pulled out in an injured state.

The airport was opened at 8:00 p.m. local time and the plane has been put under cordon on the tarmac. ■