Christian Fernsby ▼ | March 26, 2020
Two cruise ships were ordered to leave Australian waters on Thursday, after a liner that docked in Sydney Harbour last week became the primary source of infection for the country’s coronavirus outbreak. 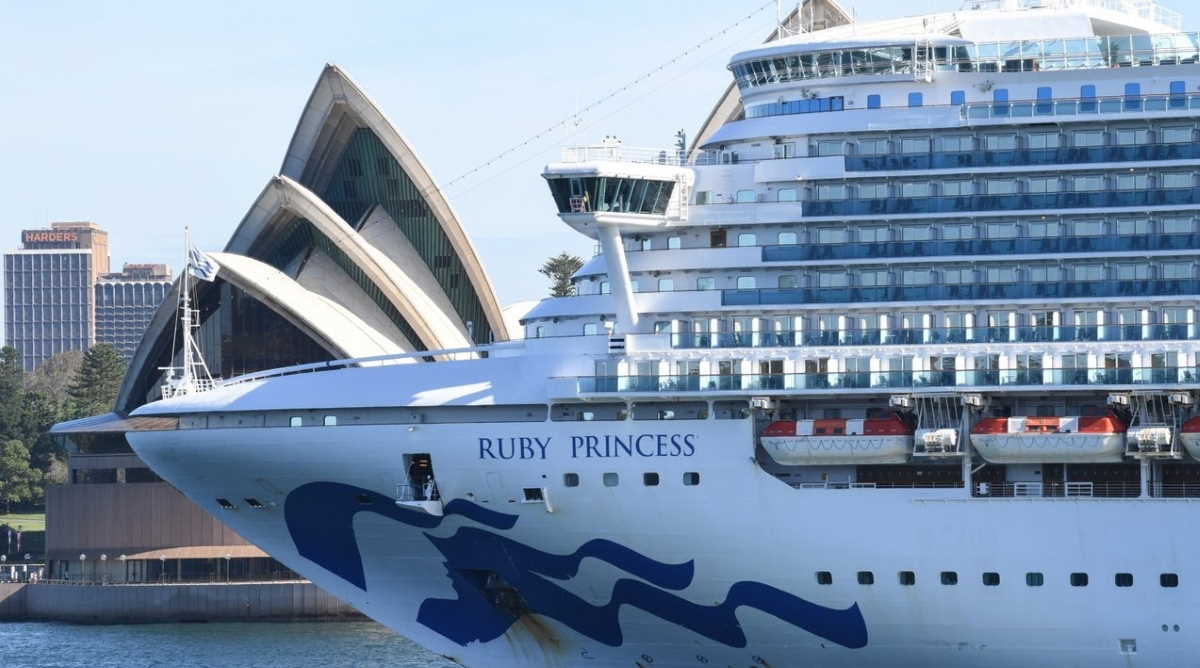 Sydney Harbour   Ruby Princess
While remaining well below the levels seen elsewhere in the world, the number of cases in Australia is starting to pick up speed, rising to nearly 2,800 infections and 12 deaths nationally.

Cruise ships have become a flashpoint after 147 of 2,700 passengers who were allowed to disembark from Carnival Corp’s Ruby Princess later tested positive for COVID-19, a blunder that has highlighted official tensions in the handling of the crisis.

State authorities have clashed with the federal government over who was responsible for the oversight, adding to tensions and conflicting public advice over matters including virus testing and school closures. ■