Christian Fernsby ▼ | September 14, 2020
he death toll from wildfires that have ravaged the United States' West Coast has risen to 33 as the National Weather Service has issued a red flag warning amid high winds and dry conditions in Oregon and California. 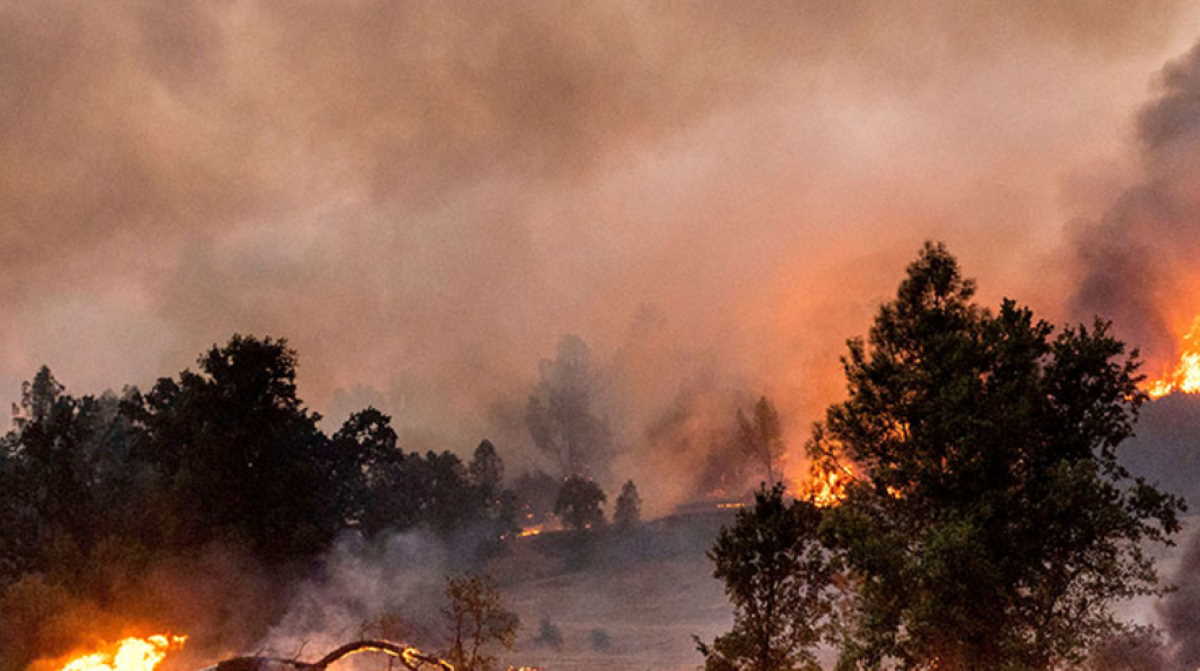 Ravage   California wildfire
Authorities said the conditions are expected to "contribute to a significant spread of new and existing fires", amid days of blazes across the states of California, Oregon and Washington that have destroyed neighborhoods and forest land, leaving barren and grey landscapes the size of New Jersey, Aljazeera reported.

At least 10 people have been killed in the past week throughout Oregon. Officials have said more people are missing from other blazes, and the number of fatalities is likely to rise. Twenty-two people have died in California since early August, and one person has been killed in Washington state.

At least 35 active fires were burning in the state, as drought conditions, extreme temperatures, and high winds created the "perfect firestorm" for the blazes to grow, Governor Kate Brown told CBS news on Sunday.

After four days of brutally hot, windy weather, the weekend brought calmer winds blowing inland from the Pacific Ocean, and cooler, moister conditions that helped crews make headway against blazes that had burned unchecked earlier in the week.

Still, emergency officials worried that the shifting weather might not be enough to quell the fires.

"We're concerned that the incoming front is not going to provide a lot of rain here in the Medford region and it's going to bring increased winds," Bureau of Land Management spokesman Kyle Sullivan told Reuters news agency.

In California, nearly 17,000 firefighters were battling 29 major wildfires, according to the California Department of Forestry and Fire Protection (Cal Fire).

More than 4,000 homes and other structures have been incinerated in the state alone over the past three weeks. Three million acres of land have been burned in the state, according to Cal Fire.

On Saturday, all five of the world's most air-polluted cities were on the US West Coast, according to IQAir, with dense smog and ash coating the atmosphere from Los Angeles up to Vancouver in Canada.

In Portland, residents stuffed towels under door jambs to keep smoke out or wore N95 masks in their own homes. ■

Ghana: €71.5 million secured for 12 new hospitals to be completed in two years