Christian Fernsby ▼ | June 9, 2020
The German cruise ship Artania arrived in Bremerhaven, Germany completing a world cruise that began in January and which saw the ship caught in the midst of the global pandemic. 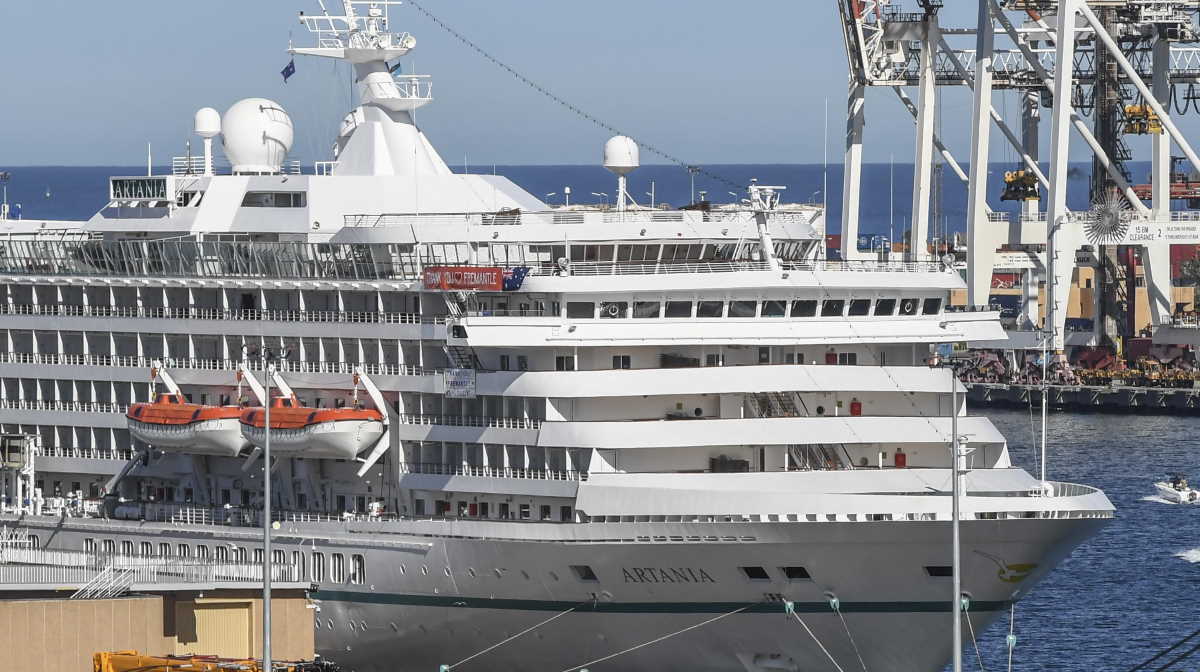 Germany   Artania
Having sailed with over 1,000 passengers, the Artania reached Australia as the world began efforts to contain the virus.

Docking in Fremantle in late March, the cruise ship started a multi week odyssey as passengers and crew became sick from the coronavirus with some being transferred to a local hospital or placed in quarantine onshore.

At one point, the Western Australia Premier Mark McGowan demanded that the cruise ship depart, while the crew asked for permission to remain in port to complete its quarantine and a sanitation program.

The Artania finally departed Fremantle on April 17 and onboard were eight passengers, who were reportedly medically unable to make a flight to Germany, along with approximately 400 crew members.

The majority of her passengers and some of the crew had previously departed flying back to Germany, while a few others remained in an Australian hospital when the ship departed.

The ship’s operators, a German tour company called Phoenix Reisen, decided that before heading to Germany the Artania would transport additional crew members home. She made stops in Manila, departing at the beginning of May, and then at Port Klang, Malaysia, before the return voyage with the eight passengers and approximately 75 crew members.

The voyage home lasted approximately four weeks, including a refueling stop in Sri Lanka in mid-May. The cruise ship proceeded through the Suez Canal and continued on to Germany where she arrived on June 8. ■