Christian Fernsby ▼ | September 27, 2020
The Armenian Defense Ministry said on Sunday that it has shot down two helicopters and three drones of Azerbaijan in the Nagorno-Karabakh region. 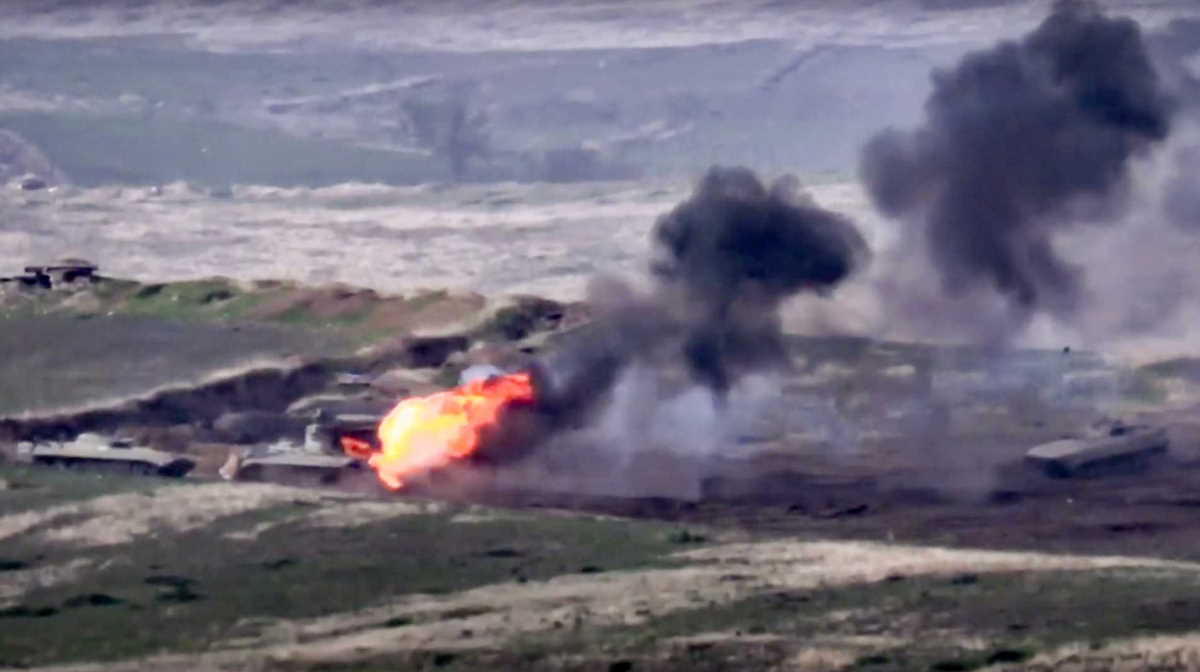 Photo   Armenian defense ministry
The move is a response to Azerbaijan's attack on civilians settlements in the disputed territory, the ministry said. Also on Sunday, Azerbaijan's Defense Ministry said it is currently launching a counter-offensive in the region.

Heavy fighting in the Nagorno-Karabakh region has caused civilian casualties on both sides, the Azerbaijani presidency said.

Armenia and Azerbaijan have been at loggerheads over the mountainous region of Nagorno-Karabakh since 1988. ■