Christian Fernsby ▼ | August 6, 2020
An Argentine Air Force (FAA) pilot died on Wednesday after ejecting from an A-4AR Fightinghawk fighter bomber jet that crashed in the central province of Cordoba. 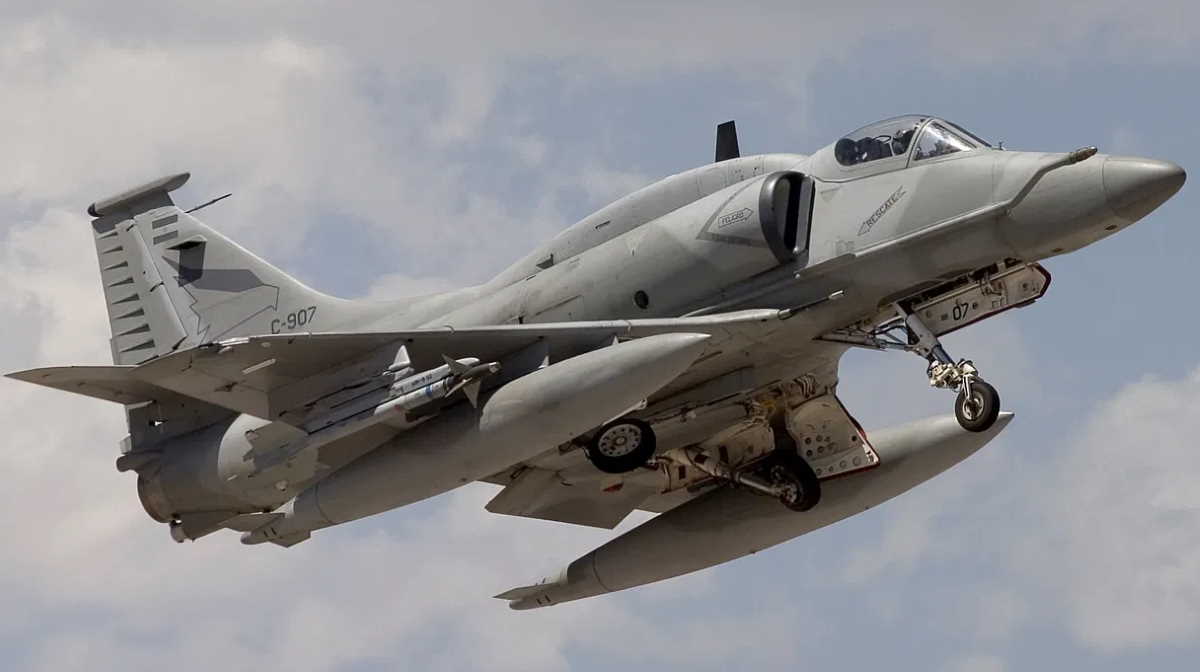 Tragedy   Argentine A-4AR Fightinghawk
One of the A-4AR aircraft that were doing training maneuvers in southern Cordoba had to be abandoned by its pilot using an ejection maneuver, the FAA said.

The pilot of the A-4AR was found dead in the vicinity of Villa Valeria, Cordoba province, 650 km west of the nation's capital Buenos Aires, the FAA reported.

The aircraft plummeted into a field on the outskirts of the town of Villa Valeria. The victim was identified as Captain Gonzalo Fabian Britos Venturini.

According to state news agency Telam, an investigative team was dispatched to the site of the crash to determine the cause of the accident. ■