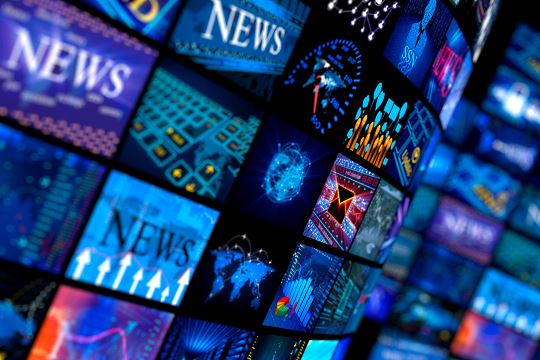 America   A major story since he took office
This is similar to March, when Americans were also about split in their evaluations. An additional 28% say the news media's coverage of Trump is "about right."

Slightly more Americans today than shortly after President Trump's inauguration in January (28%) say the media are not being tough enough on Trump.

The percentages saying the coverage was "too tough" or "about right" were roughly the same as they are now.

The media's coverage of Trump has been a major story since he took office.

The president has referred to segments of the news media as an "enemy of the people" and "fake news."

But even as Trump's clashes with the media continue, Americans' views of the way media have treated Trump seem mostly fixed.

In that exchange, President Trump called attention to Brzezinski's physical appearance and made assertions about Scarborough's mental state. The "Morning Joe" hosts responded, "Donald Trump is not well" in a Washington Post column.

Republicans and Democrats hold diverging beliefs about how the news media are treating Trump.

Seventy-seven percent of Republicans say the media have been too tough on him, up from 64% in March.

However, the shift was not enough to move the overall number much, particularly as independents' and Democrats' views haven't changed. ■

A. O. Smith elects Kevin J. Wheeler to board