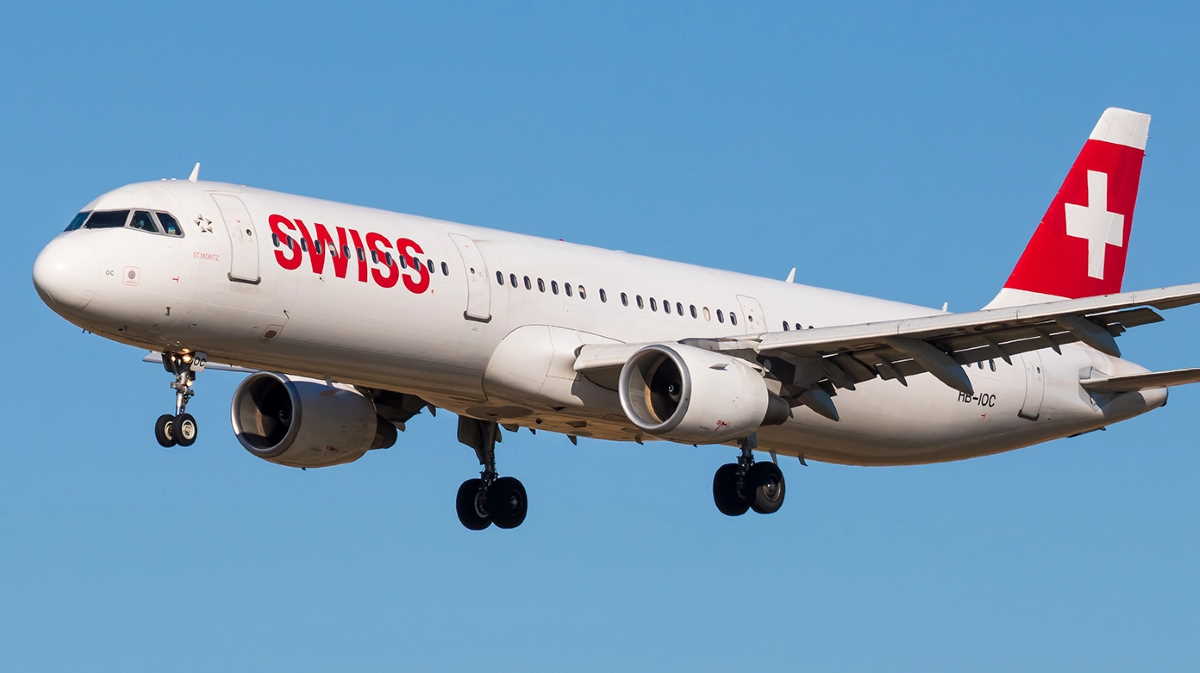 Air incident   Airbus A321-111 HB-IOC
After the engines had been started, the flight crew noticed for a short while a smell of burnt rubber. After a brief discussion, the crew came to the conclusion that the smell must have come from outside.

Shortly afterwards the smell became less intense. For this reason the flight crew decided to continue the flight normally.

The flight took off from runway 16 at 07:34 UTC without any further incident. During the climb to the planned flight level (FL330), the same smell was again noticeable at 07:43 UTC at approximately FL150.

The flight crew described the smell as less intense than before on the ground and less constant. The flight crew assessed the situation as not critical at that time and decided to continue the flight normally for the time being.

They then asked the senior flight attendant to enter the cockpit, who was able to confirm the smell to the flight crew. It was agreed that the smell would disappear and the flight could be continued. As a precautionary measure, the flight crew decided to discontinue the service in the cabin so that a quick turnaround could be initiated if necessary.

When the smell intensified again, two more flight attendants were called into the cockpit. The first also detected a burnt rubber smell; the second described the smell as if metal was being welded nearby.

After the flight attendants had left the cockpit, the flight crew decided to abort the flight and return to Zurich. At this time the aircraft was in the Geneva area at FL276 and at 07:54 UTC the air traffic control was informed of the request to turn back due to technical problems.

An emergency message (Mayday) or a Pan-Pan was not sent. However, the crew requested a priority approach so that it would not be delayed. The airspeed was increased to 320 kt in the meantime.

After the passengers and the flight operator were informed of their decision, they discussed the mass of the aircraft which was too high for the upcoming landing.

The initial decision to burn the excess two tons of kerosene in a holding pattern was immediately discarded when the flight crew could smell the smell again when the aircraft began its descent; they decided to make a direct approach and an overweight landing.

Air Traffic Control was informed that the return was a precautionary measure and that the approach and landing would proceed normally, except for the overweight landing. The approach was flown as standard, with the speed below FL100 reduced to 250 kt.

During the entire flight no other checklists or procedures from the Quick Reference Handbook (QRH) were used except for the overweight landing procedure. The flight crew discussed the risks associated with odour and decided to put on oxygen masks at the first sign of deterioration, which remained unused for the rest of the flight.

After touchdown on runway 16 at 08:27 UTC, maximum thrust reverser and brakes were applied during coasting from a speed of about 70 kt. The flight crew was able to leave the runway via the second last taxiway and then taxi to the parking position.

The fire brigade, which had been called in by air traffic control, followed the aircraft already on the runway to the parking position. The fire brigade could not detect anything unusual about the aircraft from the outside and reported this to the flight crew while it was still taxiing.

After the engines were switched off, passengers could leave the aircraft normally.

Subsequently, the crew discovered that the computer's charger for the Electronic Flight Bag (EFB) was not working properly.

The technical investigations revealed various possible sources for the smell of fire in the bleed air system, but no concrete findings. The available evidence points to the charger's charger cables for the EFB as the most likely source.

The investigators noted that the QRH emergency procedure "SMOKE/FUMES/AVNCS SMOKE" uses the term fumes (smell of burning, combustion gases) only in the title of the procedure, which pilots may tempt to use this method only in the presence of visible smoke.

From for this reason training in a simulator is of great importance, where the correct Interpretation and correct application of the various QRH procedures are explained to avoid any misunderstanding. ■