After arrests new rail and road barricades in Canada

Christian Fernsby ▼ | February 25, 2020
Protesters in Canada blocked train lines, Vancouver’s port entrance and at least one highway in Quebec today in response to the arrest of 10 indigenous protesters on Monday as police cleared a three-week rail barricade in southern Ontario. 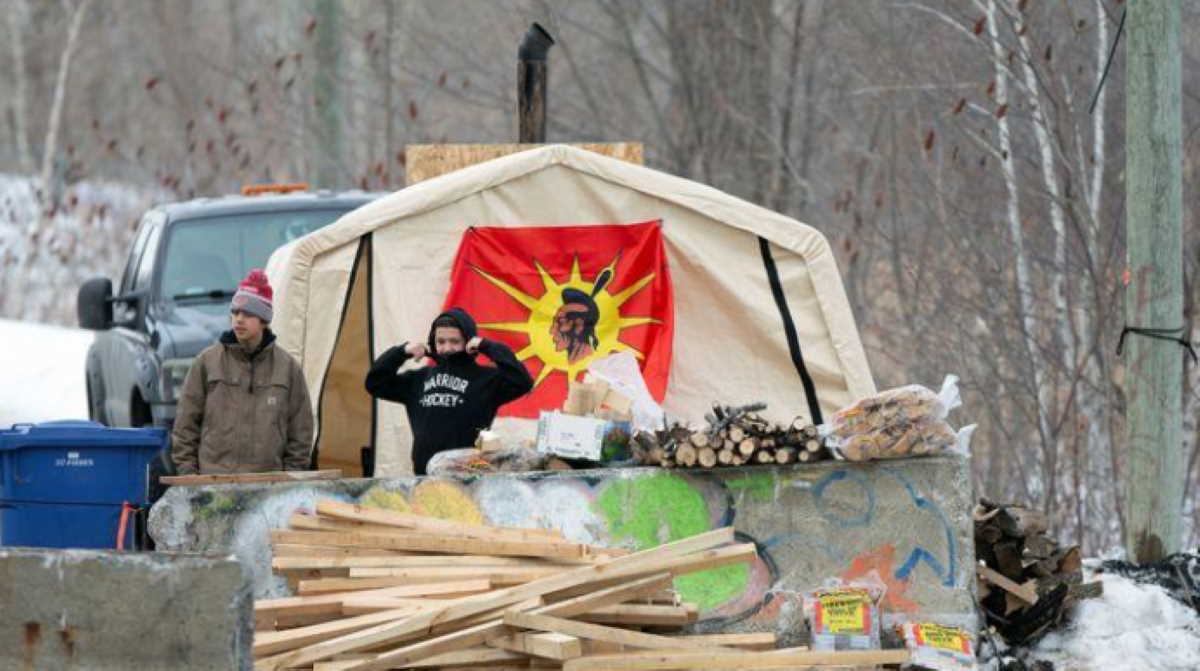 Strike in Canada   Road barricades in Canada
Yesterday, police arrested some of the Tyendinaga Mohawk campaigners who had barricaded the line in solidarity with the Wet’suwet’en from British Columbia, who are seeking to stop construction of a gas pipeline over their land.

The new rail blockade is located at a junction of three busy Canadian National Railway lines, for both freight and passengers. That led to the closure of four stations on the GO Transit passenger line to Toronto from Hamilton, which is owned by Ontario’s Metrolinx, although freight traffic was still moving.

“Right now we’re monitoring the situation,” Hamilton Police Constable Jerome Stewart said in a live interview broadcast by the Canadian Broadcasting Corp. “Hopefully we can resolve this as soon as possible.”

The group, which on Facebook calls itself “Wet’suwet’en Strong: Hamilton in Solidarity,” said police served them with an injunction, which they burned, late on Monday.

“We’re shutting down an effective junction that handles all rail traffic in and out of Hamilton. For each day we shut it down, it takes them twice that or more to recover!” the group said on Facebook. ■