About 600 evacuated in Colombia after flooding from Cauca river

Staff Writer | May 14, 2018
Colombian authorities evacuated around 600 people on Sunday from the town of Valdivia in northern Antioquia Department after the Cauca river burst its banks and destroyed 19 houses, a clinic, a school and a bridge. 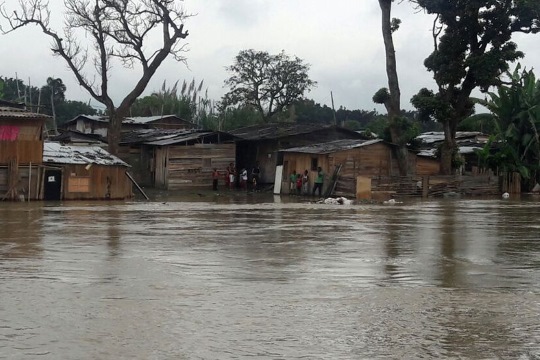 "We are evacuating certain families... at this moment, we do not have the total number of families being evacuated. We are only just beginning the contingency plan," said Didier Fernando Lopez, Valdivia's risk management director, to the local press.

The state government of Antioquia is also bringing in humanitarian supplies to the affected area.

Bogota has dispatched elements from the army, the police and the disaster management unit to the area while the Red Cross is also on the ground.

According to authorities, the rapid rise in the Cauca river's water level was due to the unblocking of a water evacuation tunnel on Saturday, which had been affected by a landslide at the nearby Ituango hydropower project.

By 6:00 p.m. Saturday, a new blockage had been registered in the tunnel, with authorities remaining on high alert for any other similar incidents. ■

About 10,000 evacuated in Berlin after WWII bomb find
Cuba: 1000 People evacuated due to rain in Sancti Spiritus
Fire breaks out in 15-story Makkah hotel, 600 pilgrims evacuated

Netanyahu calls on world to move embassies to Jerusalem, EU against it