Christian Fernsby ▼ | February 23, 2020
At least nine people died and 50 others were injured in eastern Turkey on Sunday after a magnitude 5.9 earthquake struck near the Iranian border region, the country's health minister said. 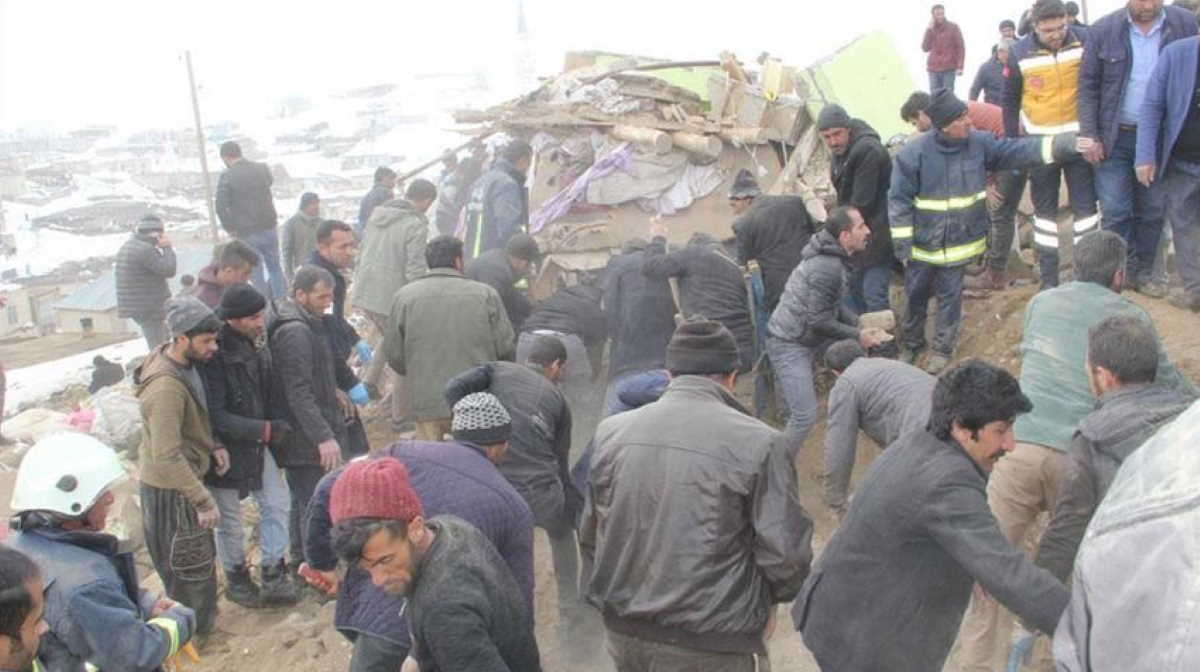 Fahrettin Koca said the condition of two of the injured is serious adding that there is no life-threatening condition for remaining ones.

Also, Interior Minister Suleyman Soylu said some buildings were damaged in various villages in the Baskale district of the province.

He added the most damage prone constructions in the area were mud houses which locals built.

The first quake that struck at 9.24 a.m. local time (0624GMT) had a depth of 6 kilometers (3.7 miles) and the epicenter was Qotur district, according to the Iranian Seismological Center (IRSC).

Also, the IRSC announced the second quake at 7.30 p.m. local time (0430GMT) had 5.7 magnitude, with its epicenter in northwestern Zarabad region of Khoy.

So far, there are no reports of any casualties or damage in Turkey caused by the tremors of the second quake, according to AFAD. ■