Staff Writer | December 18, 2017
Mozambican police said that 71 illegal miners were arrested on Wednesday for carrying out illegal activities at a gold mine in Manica province, central Mozambique. 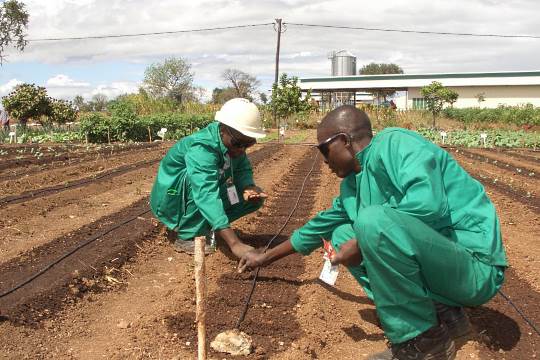 Africa   The rampant illegal mining
There are children among the 71 miners who include Malawians, Zimbabweans and Tanzanians, said Elcidia Filipe, a police spokeswoman in the Barue district.

The spokeswoman decried the rampant illegal mining in the district, adding that "children's participation in illegal mining is extremely dangerous and urgent measures have to be taken to stop it."

She said the children were digging in tunnels and removing gold to sell to foreign buyers in the mining zones at low prices.

According to the spokeswoman, the police last month launched an operation and detained at least 15 illegal diggers in gold mines in the province.

The campaign also included exhorting the parents to prohibit children from being involved in dangerous gold-digging activities. ■