Staff Writer | July 17, 2018
Five people died and over 2,000 people were taken to hospitals due to heat exhaustion or heatstroke as heat wave continued to scorch Japan on Monday, local media reported. 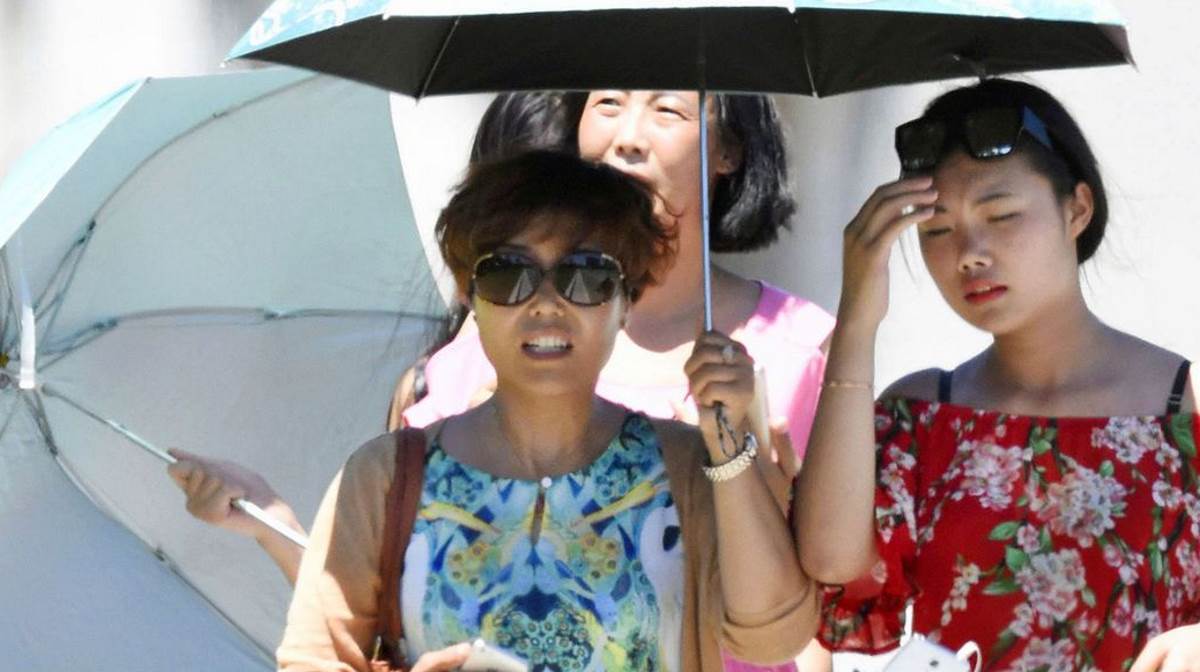 Temperature topped 36 Celsius degrees in some parts of Tokyo, and according to the Tokyo Fire Department, as of 9:00 p.m. local time, 174 people were sent to hospitals due to the heat.

In the western town of Ibigawa in Gifu Prefecture, temperature reached the year's record high of 39.3 Celsius degrees.

A total of five people in the prefectures of Niigata, Aichi, Shizuoka and Mie died from the heat as of Monday night, according to Japan's Kyodo News.

The weather agency warned about heat waves continuing in the week across Japan except in Hokkaido and Okinawa. ■