Staff Writer | November 6, 2017
Some 400 rescued migrants and refugees were brought to southern Italy on Sunday, including the bodies of 26 women, local media reported. 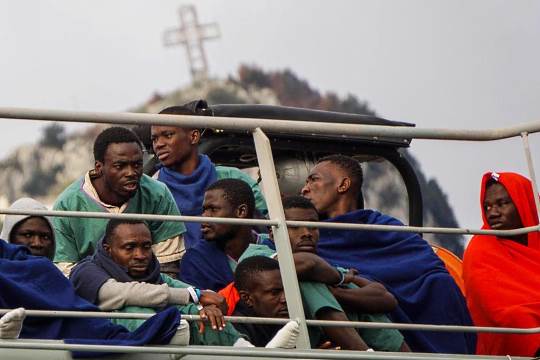 Europe   26 women dead
The migrants arrived on board of Spanish ship Cantabria to the port of Salerno, after being saved during several rescue operations, according to Ansa news agency.

The cause of death of the 26 victims was not clear yet, and autopsies on their bodies might be ordered by judicial authorities, after a first medical examination.

First reports suggested the women might have drowned during the dangerous crossing of the Mediterranean Sea from the African coasts towards Italy.

"The deceased women, possibly of Nigerian nationality, were on board of an inflatable craft, along with men," Ansa quoted Salerno prefect Salvatore Malfi as saying.

"The boat sank, and it is possible these women died because they were the most vulnerable subjects on board," the central government representative added.

Three trapped, 1 dead in collapse at AngloGold Ashanti mine
Two miners rescued after collapse at mine in Chile
Magnitude-4.0 earthquake struck near southern Italian island