Christian Fernsby ▼ | November 28, 2019
Four persons have been confirmed dead and 21 injured after a gas exploded in Ajegunle, a Lagos slum. 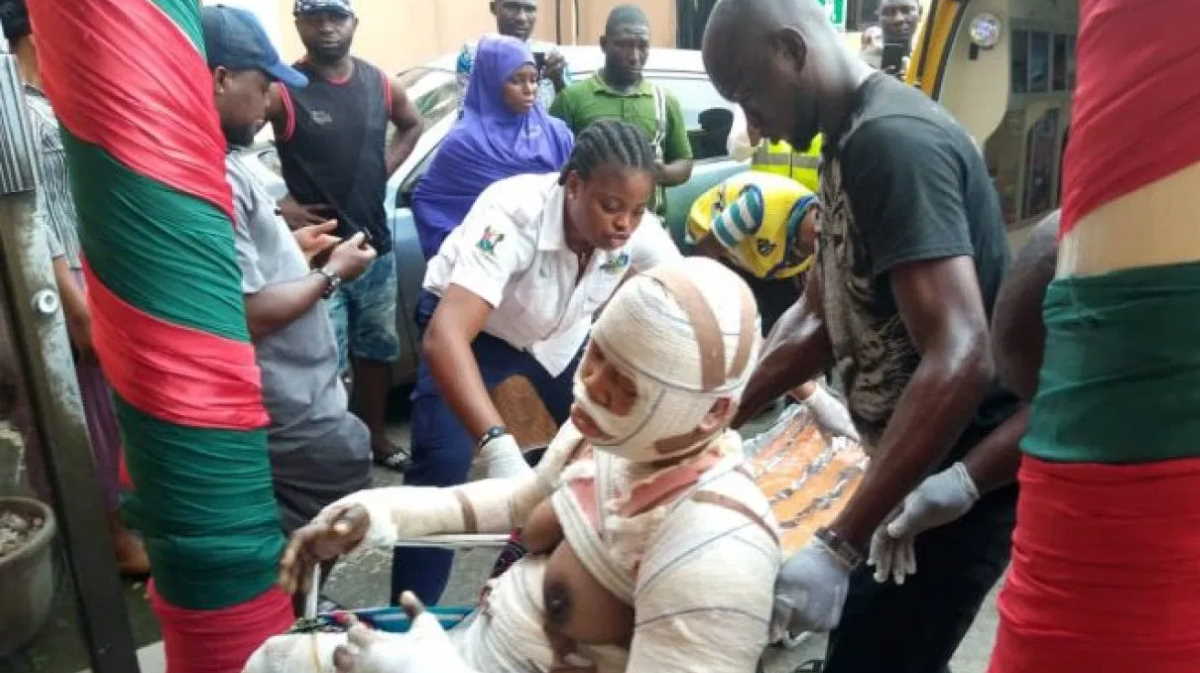 African tragedy   Among those killed were three children and a woman
It was gathered that the explosion occurred evening at Aduke Street, Ojo Road, after someone received a telephone call inside a shop were cooking gas was being refilled.

Among those killed were three children and a woman said to have been burnt beyond recognition.

Another report indicated that the shop owner was allegedly shaking the gas bottle when it fell and exploded, escalating to nearby shops were occupants were receiving phone calls.

While two of the deceased including a boy Damilare Afolabi died at the spot, the other two were said to have passed on at the hospital they were rushed to Thursday. ■

Iraq extends entry ban on Iranians over Wuhan coronavirus
Over 30,000 drug pills seized in southern Turkey
Israel to Palestinians: You can't build in your jurisdiction
Tehran mayor says city gets sanitized every night