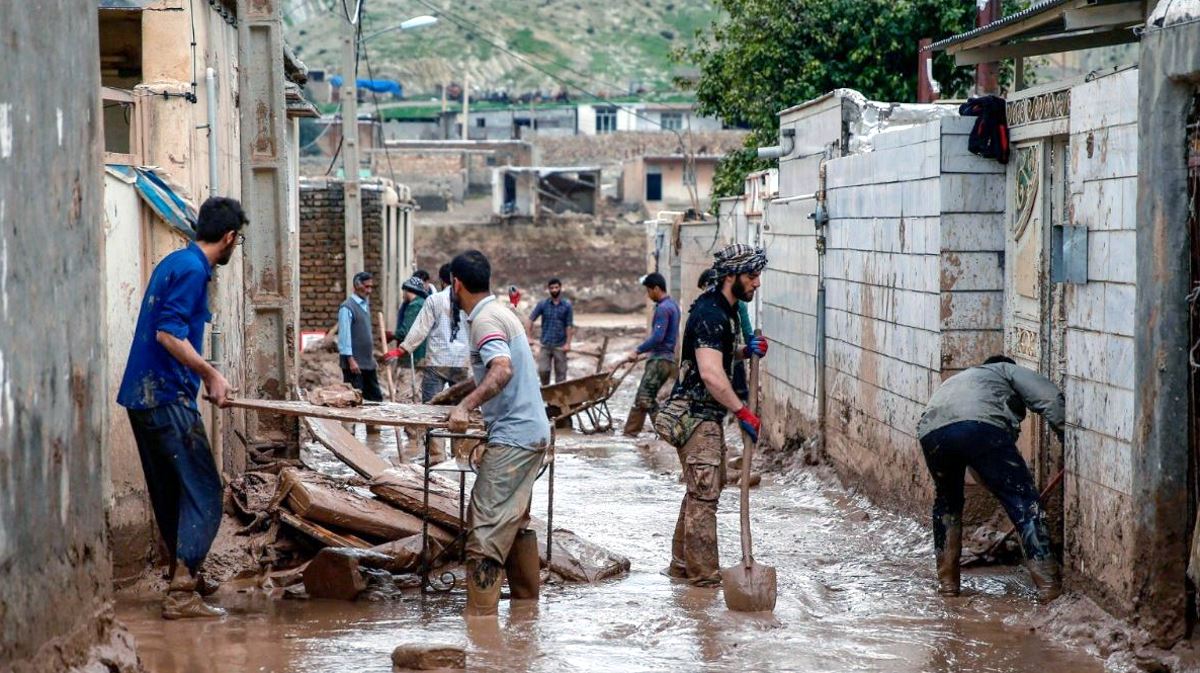 Asia   Iraqi people sent over 30 billion rials in cash and 119 light and heavy vehicles
Iran’s Military Attaché in Baghdad Brigadier Mostafa Moradian told IRNA Friday that the popular aid were collected by the Iraqi parties and Jihadi groups and sent to Iran by the Popular Mobilization Forces.

Despite the fact the Iraqi people themselves are grappling with floods, they have rushed to the aid of the Iranians, he said.

Moradian said that 70 vehicles arrived via Shalamcheh border and 49 vehicles via Mehran border which contained foodstuff, clothes and primary needs for the flood victims.

He further noted that Iraqi activists have underlined the aid packages will continue to arrive in Iran.

French Foreign Ministry in a statement announced that it will increase its humanitarian aids to Iranian flood-stricken people.

Due to the fact that flood is still hurting people in Iran, France has decided to increase its humanitarian assistance to Iran, the statement reads.

According to the statement, another plane carrying 18 tons extra aids consisting of 114 water drainage pump and 210 tents will be delivered to Iranian Red Crescent Society on Saturday morning.

The Saudi Red Crescent Society has announced that it is set to carry out a joint initiative in coordination with its Emirati counterpart to alleviate the suffering of Iranian citizens affected by the unprecedented floods, Saudi Press Agency said on Friday.

In a joint statement, the two societies said that this joint initiative comes from “the bonds of Islamic brotherhood and asserts humanitarian solidarity” with the Iranian people.

More than 350 volunteer groups of people are providing services to the provinces haunted by flood across the country, deputy director for social affairs organization affiliated to the Ministry of Interior has said.

Many NGOs and volunteer organizations made great efforts to help flood victims in Mazandaran, Golestan and Lorestan provinces, IRNA quoted Kamal Akbari as saying on Wednesday.

Akbari went on to say that these public associations are active in four fields of health care, monitoring and identifying the needs, informing locals and producing content, while supporting the residents.

It is planned to hold meetings on the rehabilitation of flood victims in Khuzestan province in cooperation with NGOs, aiming to provide rehab in emphasizing on mental health issues, he further explained.

The United Nations High Commissioner for Refugees (UNHCR) sent a batch of humanitarian aid to the flood-hit Iranians and refugees living in western parts of Iran.

Prompted by the seriousness of the situation, UNHCR took an early decision, in coordination with the Bureau for Aliens and Foreign Immigrants Affairs of the Ministry of Interior (BAFIA), to use existing in-country resources including blankets, sleeping mats, jerry cans and kitchen sets to assist government-led relief efforts.

Friejsen explained, “Drawing on additional HQ reserves, UNHCR has now dispatched 1,000 tents and other relief items from its global stockpile, which landed in Iran by air freight on April 10 and will be distributed in coordination with the government to the most affected communities, including refugees, as soon as possible.” ■