30,000 stranded in Congo after floods

Christian Fernsby ▼ | November 10, 2019
About 37,000 people are still stranded in Zongo due to floods, an official said Saturday. 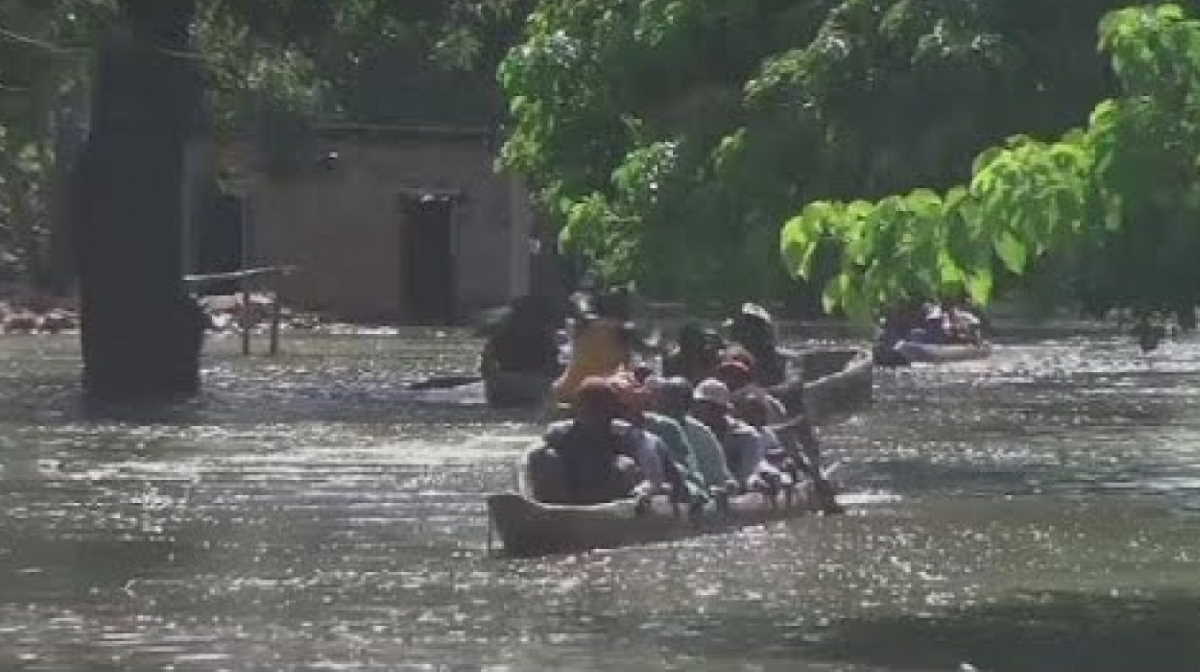 Africa   Congo floods
The disaster was triggered by heavy rains which hit the area in northeastern DR Congo since October and the situation worsened after the Ubangi River burst its banks, said Zongo Mayor Placide Kumugo Soko.

People are desperately in need of water, medicine and food, he said, noting that seven out of Zongo’s eight neighborhoods are flooded.

According to the Minister for Humanitarian Actions Steve Mbikayi, floods have created a worrying and critical humanitarian situation along the Ubangi River.

There are some 5,137 homes affected and 36,822 people thus far, according to news site Actualite.cd, that attributed the figures to Mbikayi.

Infrastructure was also destroyed, including schools, bridges, public buildings and hundreds of hectares of crops that were submerged by water, according to media reports.

North Ubangi cities such as Mobayi-Mbongo, Bosobolo, Businga, Yakoma and Gbadolite were reportedly badly affected. A six-month-old child died when a house collapsed on a family.

Media reports indicate aid has been slow to reach residents. ■