3 killed, over 8,000 affected by severe weather in Sri Lanka

Staff Writer | May 20, 2018
Three people were killed and over 8,000 affected as heavy rains and strong winds lashed out across Sri Lanka since Saturday, prompting disaster management officials to be on alert for possible evacuations, the Disaster Management Center said on Sunday. 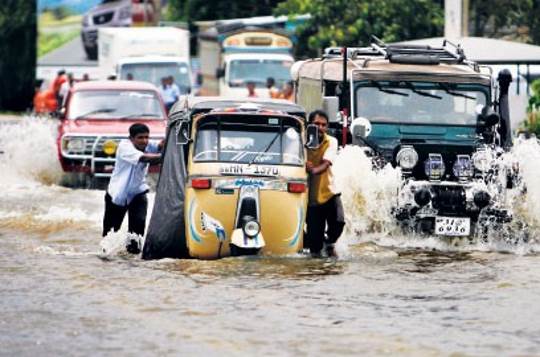 At least 252 people had been evacuated to safer locations since last week while over 200 houses were partially or fully damaged due to the severe weather.

Sri Lanka is facing its annual southwest monsoons with the Meteorological Department in its latest weather report warning of more rains in several districts across the country in the coming days.

Over 200 people were killed and 78 people missing when the southwest monsoons caused severe floods and landslides across Sri Lanka last year. ■