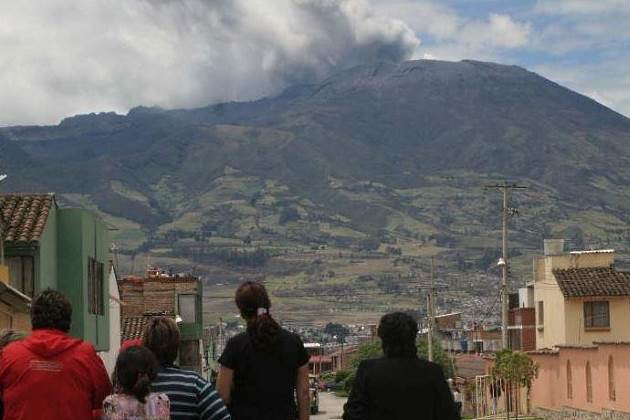 Nature   The first quake occurred at 4:35 a.m.
The back-to-back volcanic earthquakes have placed local authorities in the nearby city of Pasto, capital of Narino Province, on high alert.

"We have activated all of the protocols ...to attend to the emergency," Narino Governor Camilo Romero said on Twitter.

The two people died when their house was crushed by falling rocks.

According to the Colombian Geological Service, the first quake occurred at 4:35 a.m. local time (about 0935 GMT) and registered 4.5 on the Richter scale. With an epicenter just 30 km deep, the seismic waves were strongly felt in various regions around the volcano.

A minute later, a second quake measuring magnitude-4.3 hit, with the epicenter at a depth of 30 km. Several mild aftershocks have followed.

Officials suspended classes in local schools as a precaution.

Galeras is Colombia's most active volcano. Its last eruption was in January 2010, when some 8,000 people were evacuated. ■