Christian Fernsby ▼ | October 24, 2020
Two crew members of a U.S. Naval aircraft were killed as their plane crashed Friday in Alabama. 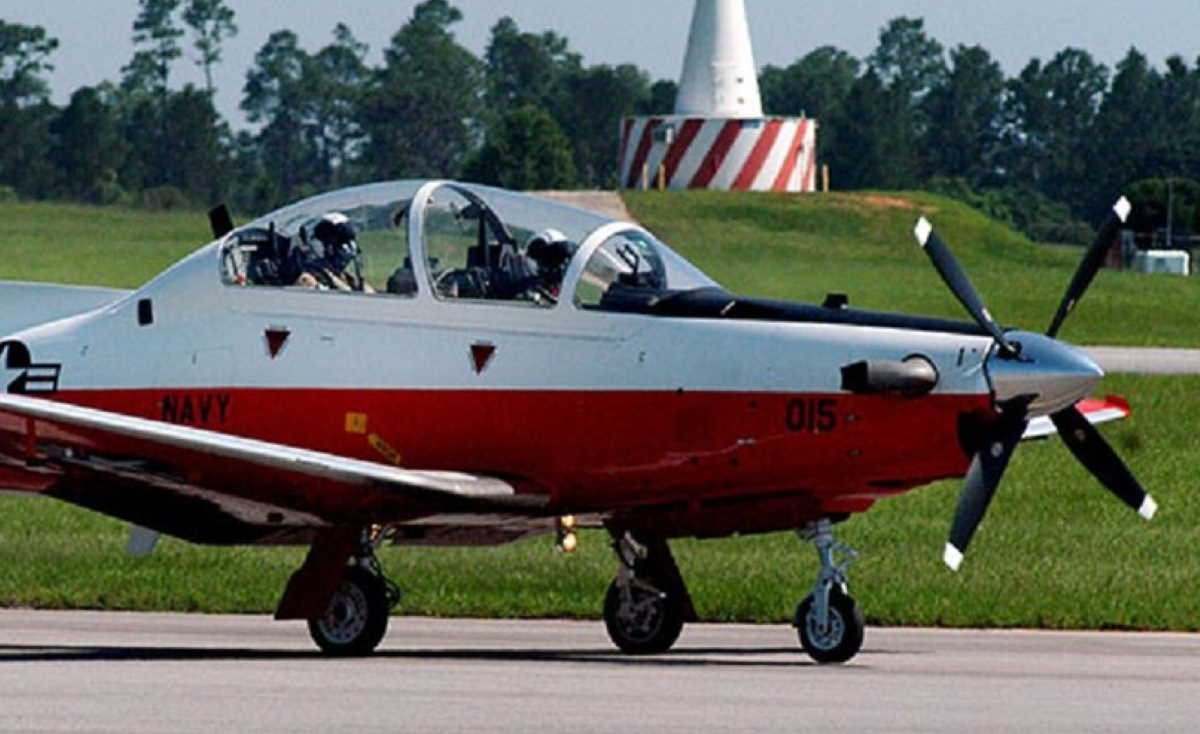 U.S. Naval   T-6B Texan II
The jet was a T-6B Texan II training aircraft, which crashed at about 5 p.m. local time (2200 GMT) in Foley, Alabama, a town near the Gulf Coast, the U.S. Naval Air Forces said in a statement.

"No civilians were injured on the ground," the Baldwin County Sheriff's Office said on Twitter.

Foley Fire Chief Joey Darby told local news outlets that responders encountered a "large volume of fire" from a home, and firefighters were able to make "a quick stop on the fire."

"The names of the deceased will not be released until 24 hours after the next-of-kin notification," said the Naval Air Forces.

The aircraft had flown out of Naval Air Station Whiting Field, about 30 miles (48.28 km) northeast of Pensacola, Florida, a Navy spokeswoman said.

The sheriff's office said the U.S. Department of Defense and Navy officials will handle the investigation and provide updates. ■