Christian Fernsby ▼ | March 31, 2020
Eighteen firefighters and their guide have died while battling a forest fire in China's Sichuan province, state media has reported. 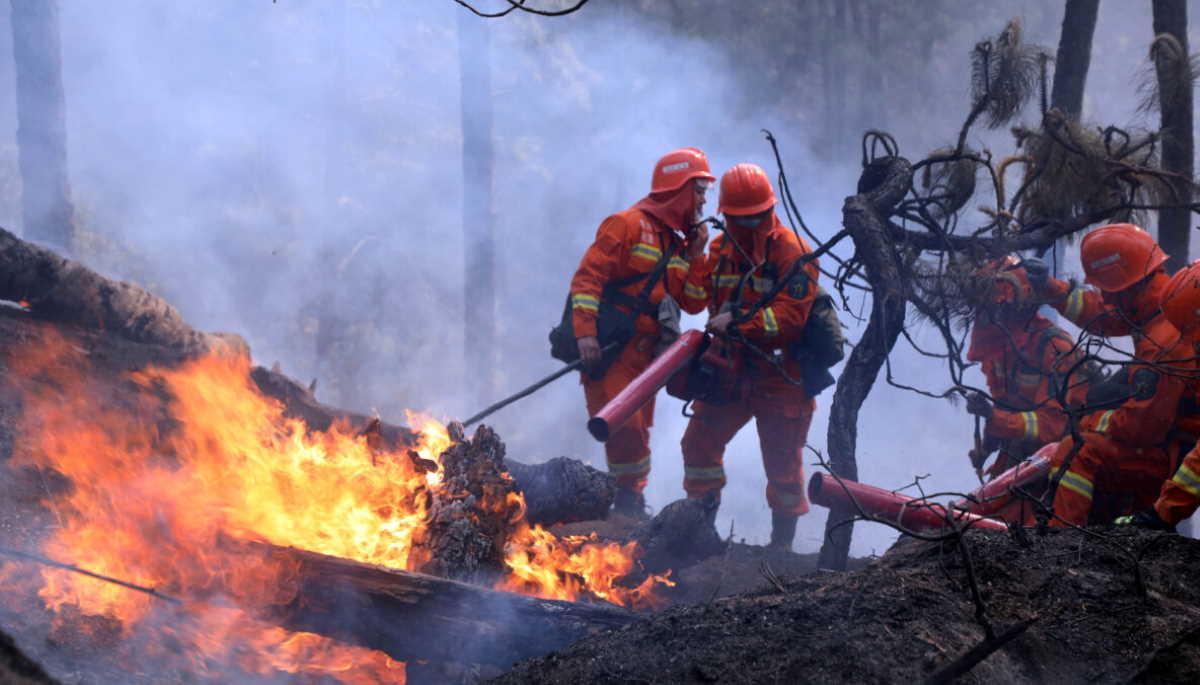 The fire in Liangshan prefecture has now spread across 1,000 hectares.

More than 2,000 firefighters and rescue workers have been sent to the area and 1,200 people have been evacuated.

The fire started on Monday at a local farm. Strong winds meant that the flames quickly spread to nearby mountains.

The dead firefighters were among a group of 22 - including one farm worker acting as their guide - who went missing. Three survivors have been found and were taken to hospital.

Local media reports that heavy clouds of smoke have been drifting into the nearby city of Xichang. ■

As the ocean warms, marine species relocate toward the poles