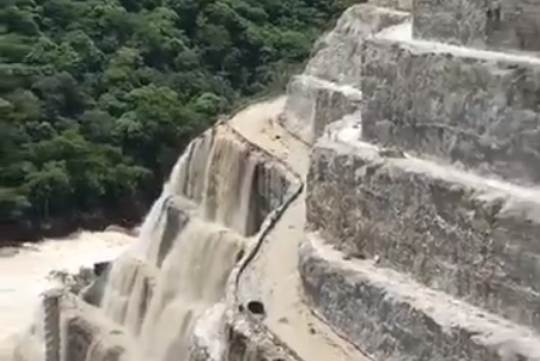 America   More than 100,000 people live in the area
The scale of the emergency is impossible to calculate. Local authorities reported that 5,000 people were evacuated amid fears of an imminent flood, Colombia Reports reported.

However, more than 100,000 people live in the area where locals were evacuated.

Dozens of rural communities between the dam and wetlands located 125 miles downstream are at imminent risk of floods after EPM was forced to abandon the project.

The inhabitants of villages that could be flooded were given shelter in sports facilities away from the Cauca river where the HidroItuango dam was under construction.

World's deepest canyon closed due to safety concerns
Snowstorm to continue to barrel toward the northeastern U.S.
Huge bomb found near nuclear power plant in UK