Job interview questions everybody asks, yet nobody knows why

Ted Blackwater ▼ | December 2, 2019
Job interviews are one of those things almost everyone hates. And with a reason. 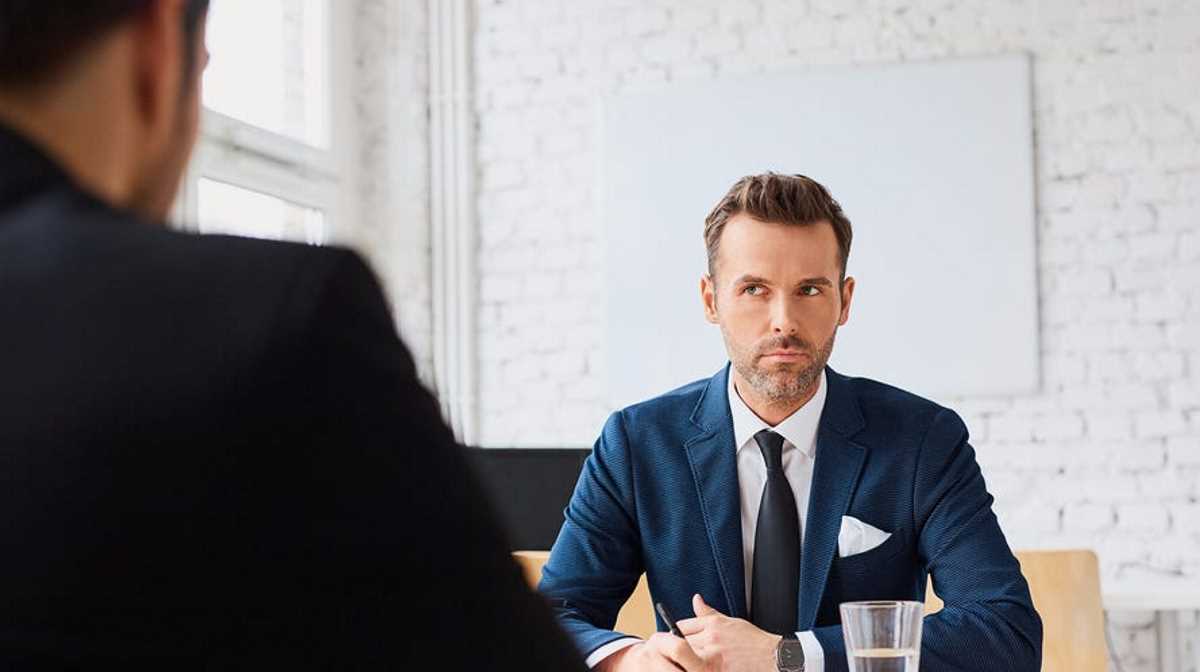 Jobs and talks   People in HR departments developed a skill that is most annoying
It is a stressful situation and on top of that you often hear questions that nobody knows why they were asked but they are still there. The biggest the company, the less normal question there are.

Somehow, along the way, as the years go by, people in HR departments around the world developed a skill that is most annoying: asking question that a) are simple outrageous and b) have no sense to be asked at all. And they often come from a person who is not a trained psychologist. Let's see a few examples.

Where do you see yourself in five years?

Well, this is one of those questions that deserve to be very near Top 10 of questions nobody knows how they appeared.

First, nobody knows what will be in five years. Nobody. Technology advances, the competition advances, people change habits, get new knowledge, develop new interests in life, and since we can't see the future this is a pointless question.

So, there's no smart answer here and a tip for people conducting job interviews: Any answer you get is either a) learned or b) totally useless for your company.

This is a strong contestant for our Top 10 list, and for the top itself. First, what are weaknesses? Your definition or mine? What's weakness for you or your company, might be strength for another company or it may suit another job well.

What do you hate about your current job?

You shouldn't ask this question at all. Ever.

And that's none of your business. Except, maybe, if you want to hear some rumour about the other company. You should focus on something like "What do you like about our company?" and not on what's happening somewhere else.

Why should we hire you?

Another good candidate for Top 10 list. There are just two answers to that question: "I need a job," or "I like that job in your company." Any other answer is either learned God knows from what source or it's downright blah blah talk.

If you don't know why you'd hire a candidate in front of you, then you have a problem, not that person. Don't waste your time on that.

What would your current boss say about you?

That's the point where any decent lawyer would stand up and yell "I object! Speculation!" And indeed it is. Asking the candidate to read the boss' mind is, well, how to put it... stupid. Forget it.

If you were offered higher salary would you leave our company?

Oh, I love that one. It would be an idiotic move not to leave. We all are searching for a better job, higher salary, better working conditions... So, any other answer except "Yes" is a lie.

Think about yourself, would you leave a company for better conditions and more money? Of course you would. This question has nothing to do with loyalty as some may think, it's useless.

And now, as a bonus, some questions that are not stupid but plain rude.

What does your partner do?
Are you planning to have children?
Are you pregnant?
Do you have a good relationship with your father?
Would you like to work late and over the weekend?

The only answer to those questions is: "Thank you, good bye." Such personal questions have no place in the job interview.

So, dear job interview people, think a bit about the questions you want to ask and then ask yourself are you just a) asking them because you don't know better or b) you don't care because you'll get your salary anyway.

If it's a) then you have a chance to learn and improve. If it's b), you should be fired and tomorrow answer to the same questions while trying to get another job. ■

How to avoid mistakes with internal promotions
Should you employ your family member? Absolutely. But, how?
Be your own company

Valio plans to be carbon neutral dairy by 2035

Over-sensationalized scandal can actually be a job saver for strong performing leader
Female CFOs may be better than males at preventing financial fraud
More women on a company's board, the more market value is lost
Talking like a CEO can earn CFOs higher pay