Individual rewards can boost performance of all team members 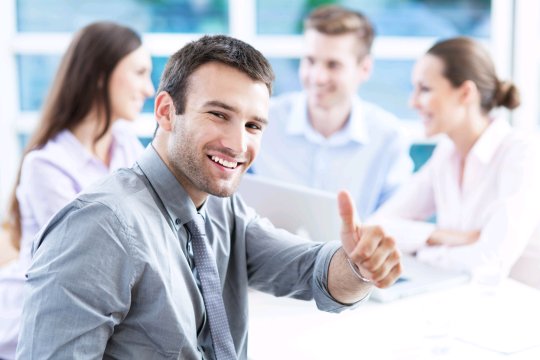 Conventional wisdom   Individual team members can supercharge team performance
But new research published in the Journal of Applied Psychology finds that rewarding individual workers can boost performance both for other workers and for the team.

"Our findings are based on laboratory and field experiments in China, and those findings tell us that recognizing individual team members can supercharge team performance," says Bradley Kirkman, co-author of a paper on the work, General Hugh Shelton Distinguished Professor of Leadership and head of the Department of Management, Innovation and Entrepreneurship in North Carolina State University's Poole College of Management.

The paper was co-authored by researchers at the University of Iowa, Texas Christian University and Tsinghua University.

In lab experiments, the researchers had 256 students at a large Chinese university perform individual tasks (making small boxes), and then combine into groups to perform a team task (building the boxes into towers).

The researchers then tested these findings among workers at a large manufacturing company in northern China. Some divisions of the company adopted "employee of the month" programs to recognize top performers on teams, and other divisions did not.

The results were similar: only those divisions that singled out top performers saw improvements in both individual and team performance.

"First, team members observe one another's behavior and set out to emulate the success of their team's top performer. Rather than stimulate resentment in a team — as might be the case with financial rewards — public recognition of high performers actually motivates a strong desire to succeed in the rest of the team members. We call these ‘recognition spillover effects' because they transfer from one team member to another.

"Second, because each team member is changing his or her behavior to match the actions of the most successful team member, the performance of the whole team rises. And we found that these spillover effects are magnified if the reward recipient is someone who is central to the team — i.e., someone that other team members often turn to for assistance."

However, Kirkman does have two warnings for businesses aiming to implement the findings.

"First, make sure that all team leaders in the company are using these reward programs. We found that when only some teams have a reward program, performance actually drops in teams that don't have the program.

"Second, make sure that team leaders are fair when deciding which team members to recognize. All of the positive benefits of recognizing individual team members are likely to disappear if the awards are based on arbitrary, non-work factors or the rewarding of ‘teacher's pets.'" ■

Team building: From good idea to loss of money and time
Project managers do not always give accurate information to the boss
Carrots are better than sticks

CSRA elects Craig Martin to board of directors

Ukraine will merge gas pipelines with Slovakia, Poland and Romania

Are you a woman and want to be a CEO? Get to the board first
If you want your startup to succeed you have to have good connections
Want to increase staff loyalty? You'll need to be seen as important
Family- and non-family-based executives are more similar than it looks