How to be tough but fair

Roger Quinn ▼ | July 11, 2010
Every manager knows that sometimes showing the door to an employee is the only choice. That's a tough move for both sides but with a few clear warnings it can be avoided. 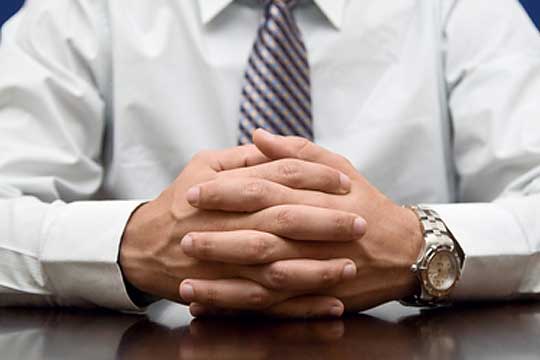 Every manager knows that sometimes showing the door to an employee is the only choice. That's a tough move for both sides but with a few clear warnings it can be avoided.


There's no getting around the fact that some situations call for a "tough love" approach. The problem, of course, is that tough love can be tough - both in our personal lives and business. It's hard to set rules and then carry out punishment when they are broken. Maybe we are afraid of not being liked. Or we are worried about employee's attorney.

Maybe we second guess ourselves for not being entirely clear in the first place about the rules, or what the consequences will be for violating them. But here's the thing: It's only fair to let someone know what will happen when they break the rules, and then follow through when they do. If you don't, you run the risk that neither your word, nor anything you do in your organization, matters.

So what if being tough doesn't come naturally to you? Here are some advice that will make your life easier. First, identify the employee behaviours that are critical to your business's success and communicate them clearly. Let us emphasize that last part: Communicate them clearly so that everyone knows those things in the first week on the job. Stating it in the employee contract is not enough.

When interviewing, ask questions centred around those items. Maybe you have a very highly skilled applicant sitting in front of you, but if his recommendation letter reads "When he was here, he was our best employee", say thank you and move on to other candidate.

Second, don't sugarcoat negative feedback and certainly don't wait too long to give it. When you give it, be sure to explain exactly what will happen if the employee does it again. Don't use phrases like "If you don't show up there may be some consequences". Be straight and honest: "If you don't show up for a three days you'll be fired".

Third, have the conversation and move on. Most of us never learned how to have these - some like to call them fierce - conversations. But that's not quite accurate terminology because it implies there will be a lot of emotion and difficulty involved. They don't have to be that way. Just go somewhere private, let the person know he's valued in the company, but there are certain policies that are essential to the company, and thus, must be followed. If he can't follow them, he knows the consequences.

Rules still matter. In a well-run company, they are not just suggestions or guidelines. There is a clear difference between right and wrong. If you want to be successful, when time demands - be tough. ■

The spirit of water

Faroe Petroleum adds Hanne Harlem to the board

High non-GAAP earnings predict abnormally high CEO pay
Dominant leaders are bad for groups. Why do they succeed?
Even in competitive markets, shareholders bear burden of corruption
Want to increase staff loyalty? You'll need to be seen as important