A.B.A. ▼ | October 4, 2009
When doing business in a foreign country cultural differences are of great importance. Fantastic presentation, brilliant idea and good-looking numbers mean nothing if you don't know what is acceptable in other culture and what is not. 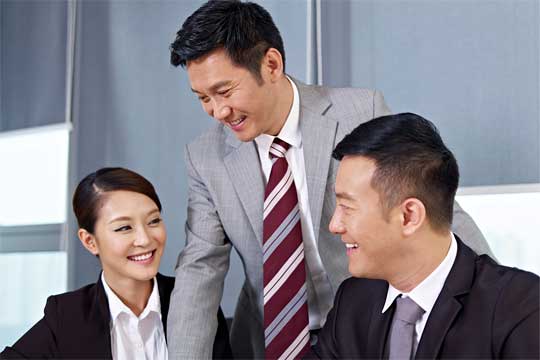 When doing business in a foreign country cultural differences are of great importance. Fantastic presentation, brilliant idea and good-looking numbers mean nothing if you don't know what is acceptable in other culture and what is not.


Japan is a country in Asia but sometimes it seems that it is on another planet. Japanese science and technology are light years ahead of western, but because of their isolation people in Japan still value their tradition highly.

The first thing that a western businessman will notice is that it is absolutely unacceptable to come too late. This is a mistake you can't allow to yourself or you can forget the whole business arrangement.

The other advice to be taken seriously are: perfectionism, good behavior and ability to stand large amounts of alcohol.

Businessmen from Japan like "right on time" processes but they also look at you as a person and if they don't like you, you will have a tough time doing business with them - if you get the chance to work with them. In fact, Japanese would like very much to work with another Japanese, but in today's world they are forced to work with people from other cultures.

When you meet for the first time, shake hands, look briefly in the eyes and make a bow. After saying your name, say the name of your company although they surely know its name. That shows your loyalty to your company.

Be sure to take care about details because your Japanese colleague will ask you every single detail about the proposed job and your company. There is no detail that doesn't matter.

Remember that "no" doesn't exist. If your answer is "no" say "I will do my best" or "I will think about that". "No" is very rude word.

Considering your outfit, wear dark business suit with no extravagant details and be prepared to go with your hosts to their restaurant where the large amount of alcohol will be served. Do not refuse to take a glass of sake, it could ruin your cooperation.

Israel is a country in some way similar to Japan. There is no other way to the top except the hard work. You can expect that a successful businessman has top education and years of excellent works in his resume. Thus, they expect the same from you.

People in Israel work six days in week and their working day begins at 7.30am. Do not try to talk about a business problem in the evening. Business people in Israel value their free time very much and it's not acceptable to call them after working hours.

Managers from Israel are very direct in conversation and without second thoughts. They will try everything possible to do a good business with you and when the decision is reached you can rest assured that they will not break their word.

If an Israeli come late to the meeting that is not a lack of respect, he simply works too hard, so don't take that as an insult. And when they come you may expect a conversation without too many details, straight to the point and focused on the business itself.

So, don't waste their time with small talk about sport or weather, that you can do after the meeting during the informal chat.

People from many nationalities come to Israel so they will accept any form of communication including poor English and a frantic use of gestures. ■

Men are harder competitors, women are more realistic
Poor decision-making by hiring managers is causing organizations to lose out on talent
New research reveals the enduring benefits of hiring a star
Don't confuse luck with skill when rewarding performance